“The Red Cross was very humane.”

Jesus Figueroa, who is from Boston by way of Puerto Rico, has spent the past two years in New York with his wife and 10-year-old son during his son’s treatment for cancer at a NY hospital. Until nine months ago, when they moved to a basement apartment on McKinley Avenue in Brooklyn, the Figueroas had struggled to find affordable housing that would allow them to remain in New York. They had moved often, one time to temporary housing provided by Ronald McDonald House, an organization which assists families with children being treated for health issues.

The McKinley Avenue apartment represented a safe haven, where the Figueroas hoped to remain until their son completed his treatment in 2012. But recently, water began to leak through the ceiling, ruining the family’s TV. Jesus, who works as a delivery man and also volunteers at Ronald McDonald House, asked his landlord to fix the ceiling. When the landlord refused, Jesus brought the matter to court. An inspector subsequently visited the Figueroa home; he told a surprised Jesus that the apartment was illegal and had to be vacated—the very next day.

“I didn’t know where to turn for help,” said Jesus. Then, on the morning of the vacate, Red Cross relief workers appeared at his door. “Red Cross explained everything that was going on,” said Jesus. “And they put us up at a hotel.” The Red Cross also gave the family a stipend for food and described every step they would need to take going forward.

“If the Red Cross hadn’t been there, I would have had to go home to Boston,” said Jesus, who moved with his family into long-term housing provided by the Housing Preservation Department and can now remain in New York during his son’s treatment. “The Red Cross was very humane.”

Jesus Figueroa from Brooklyn
Posted by nyredcross at 12:32 PM 1 comment:

Email ThisBlogThis!Share to TwitterShare to FacebookShare to Pinterest
Labels: Across the Country, Brooklyn, Down the Street

"The Red Cross gave us blankets, socks and something to eat … all the things we needed.” 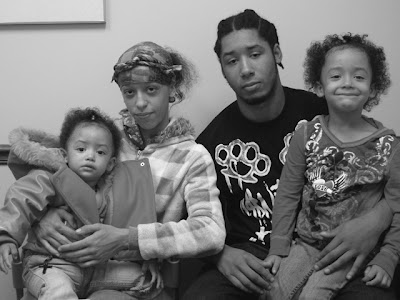 Heather Curley, her two daughters and her boyfriend were sound asleep when they awoke to their dog barking and whining loudly at the door of her third floor Bronx apartment. When she went to quiet the dog, Heather saw flames on the other side of the door and smoke starting to pour into the apartment. The next thing she knew, she and her family were climbing down the fire escape to the first floor and out to safety. (Their dog also made it out okay.)

With the Fire Department and the Red Cross already on the scene, Heather looked up at her apartment and was shocked. “Everything was burnt,” she said. “It was crazy; everyone was outside in their pajamas, and they were cold. The Red Cross gave us blankets, socks and something to eat. They provided shelter for us to stay warm ... and all the things we needed.”

After coming to the Red Cross headquarters in Manhattan, Heather and her family were fed and met one-on-one with a caseworker to determine their next steps. Red Cross provided them with emergency housing and given financial assistance to help get them back on their feet. Heather said, “I’ve never experienced anything like this before; it was a dreadful experience, but the Red Cross really helped out.”

With your generous support, you help mobilize direct relief and comfort year round—to people like Heather Curley, across the country and around the world. You're also a foundation for our readiness work – helping people prevent, prepare for and respond to life's emergencies.
Posted by nyredcross at 10:41 AM 4 comments:

Email ThisBlogThis!Share to TwitterShare to FacebookShare to Pinterest
Labels: Down the Street, The Bronx

In the most recent installment of the American Red Cross' podcast, Across the Globe, President and CEO Gail McGovern candidly discusses her experiences in Haiti over the past year; how relief and recovery is progressing on the ground; and what plans the Red Cross has to address challenges in Haiti.  Click here to listen. 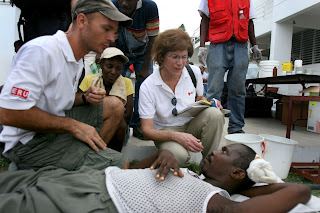 Email ThisBlogThis!Share to TwitterShare to FacebookShare to Pinterest
Labels: Haiti

American Red Cross in Greater New York AmeriCorps member Alissa Silverstein shares her thoughts on why she serves and how she helps.
Posted by nyredcross at 2:34 PM No comments:

Email ThisBlogThis!Share to TwitterShare to FacebookShare to Pinterest
Labels: Across the Country, Down the Street, Volunteer
Newer Posts Older Posts Home
Subscribe to: Posts (Atom)