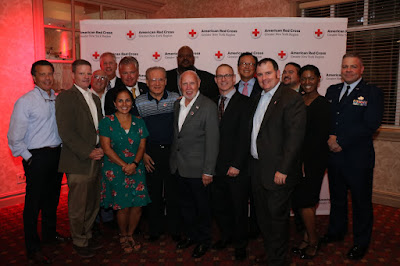 Over the last 7 days, the Greater New York Red Cross provided emergency assistance to 303 adults and 62 children following 49 disaster responses. Here are some highlights from last week and a preview of upcoming activities (see below).

Posted by Unknown at 3:27 PM No comments: 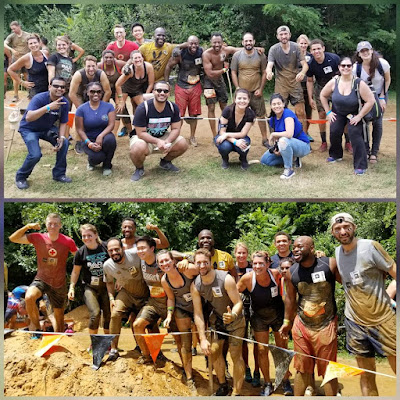 Over the last 7 days, the Greater New York Red Cross provided emergency assistance to 144 adults and 32 children following 44 events/responses. Here are some highlights from last week and a preview of upcoming activities (see below).

Posted by Unknown at 2:40 PM No comments:

In Case You Missed It- July 16 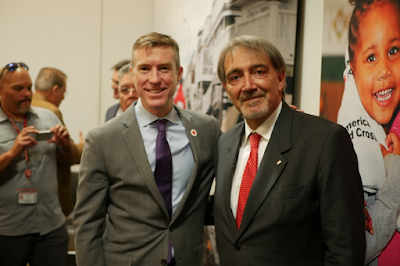 Over the last 7 days, the Greater New York Red Cross provided emergency assistance to 102 adults and 33 children following 36 events/responses. Here are some highlights from last week and a preview of upcoming activities (see below).

Posted by Unknown at 2:54 PM No comments:

“3 Questions With…” is an American Red Cross in Greater New York blog series featuring staff, volunteers, and partners who help carry out our humanitarian mission. Through these short interviews, we hope to shine a light on our different programs and get to know those who make this work possible.

Lipica Shah joined the American Red Cross in Greater New York ten years ago as a part-time, on-call CPR/First Aid instructor. Today, Shah serves as a volunteer instructor and as a CPR and First Aid spokesperson. She is also a full-time actor. As part of her Red Cross career, Shah has done demos on various television programs including The Dr. Oz Show, The Martha Stewart Show, the TODAY Show, Good Day NY (and many more) to share vital life-saving information and encourage viewers to learn CPR and First Aid. 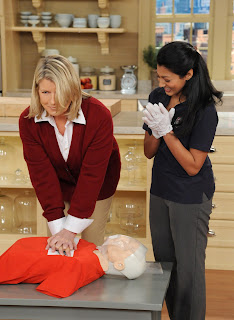 What are a few things everyone should know about CPR/First Aid, even if they can’t make it to a class?

My first thing is that anybody can learn first aid. Anybody can learn CPR. There is no barrier to learning these skills because it’s so easy! And the second thing is, even if you are unable to help directly, there are still things you can do to help someone—calling 911 or meeting the ambulance or just keeping the area safe and preventing people from crowding the person—and there are so many things that you can do. But first aid response sort of relies on a community to recognize that there is a problem and then take action collectively to figure out how to solve it.

What is the most memorable television experience you’ve had promoting CPR/First Aid skills?

They’ve all been so fun. I’ve done so many news segments. There was one I did on the Dr. Oz Show that was particularly fun because it was about kitchen accidents. So they actually built me a prosthetic finger. I had a whole day where I went in and got a mold made of my finger so that I could actually slice a piece of my finger off. And that was obviously traumatic and wonderful, but also a useful demonstration. So that one was really fun for me.

I would say the most meaningful was the most recent Dr. Oz I did, with Bob Harper, one of the personal trainers on The Biggest Loser. He was talking about how he was the most fit person ever and yet he had a heart attack when he was at the gym. Doctors were convinced that if nobody had known had to use an AED, he would have died. So we did this giant AED demonstration with 30 participants and taught them how simple it is to actually use and that if you take a class then you’re certified to use it. And it was really great to have this personal story paired with the training because that really hit home for some people. You never think you’re going to need to use it, but in this case it actually saved someone’s life. 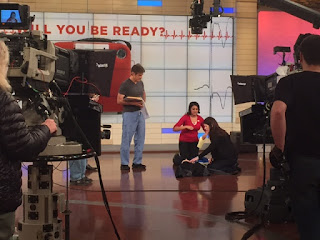 What do you love most about doing demonstrations on-air?

The most exciting part is that I found a way to blend my two worlds. Because I’m definitely an actor first and it was really cool to figure out a way to use those skills in support of the Red Cross’s mission because I’m quite passionate about preparedness, health, and safety, and I feel very strongly that CPR and First Aid are skills that everybody should know and that anybody could be called upon to use at any moment. And that it’s better to know and have this knowledge and never need it than be in a situation where you have no idea what to do. So it was really cool for me to be able to blend these two passions of mine and find a way to use them.

Check out some of Lipica's other segments on The Martha Stewart Show and the TODAY Show.

Email ThisBlogThis!Share to TwitterShare to FacebookShare to Pinterest
Labels: 3 Questions With 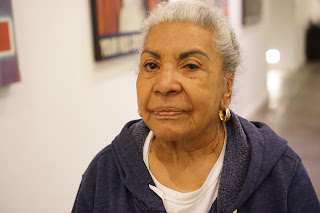 In late May of this year, as fire spread through her seventh-floor Elmhurst apartment, Zaydah Abdghull felt helpless watching the home she had lived in for 40 years disappear. In a matter of moments, she found herself homeless.

Abghdull, a longtime private chef, was living alone when the disaster struck. Awoken by her smoke detector at 11:30 P.M., she franticly moved through her apartment trying to determine the source of the fire.

She noticed what appeared to be a flame near the bathroom sink but when she took a closer look, she discovered the entire wall was on fire. Soon after, wearing nothing but her nightgown and slippers, Abghdull evacuated her apartment with the help of firefighters, carefully navigating around broken glass and other debris on her way out.

“I didn’t have anything, anything on me at all,” said Abghdull. “I asked myself, ‘Where I am going to go? What am I going to do?’”

By chance, Abghdull was greeted by longtime friends just inside her seven-story building, who immediately brought her back to their apartment, a few blocks down the street, to stay the night.

Two days later, someone recommended that Abgdhull visit the Red Cross for assistance since she was unable to connect with the organization when they were on scene during the fire.

“I don’t know what would have happened to me without the Red Cross,” said Abgdhull. “They were very comforting. Very comforting.”

The Red Cross helped set Abgdhull up with several nights in a hotel room and gave her a debit card with some money on it for basic necessities to help her get back on her feet.

A few days later, Abghdull returned to the Red Cross, this time to thank those who helped her and to offer her services as a volunteer.

“I have to offer something from me to the Red Cross to show them my gratitude for what they did for me. They’ve all been very, very nice. That’s why I came back here. I said, ‘I’d like to be a volunteer!’”

Abghdull continued: “Wherever it is, the Red Cross is always there. But I never realized how good they are. Extremely good. It’s way beyond beauty what they do!”

Posted by nyredcross at 2:38 PM No comments:

In Case You Missed It - July 2 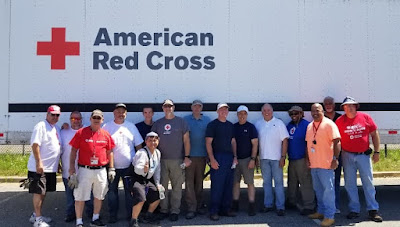 Over the last 7 days, the Greater New York Red Cross provided emergency assistance to 91 adults and 31 children following 37 events/responses. Here are some highlights from last week and a preview of upcoming activities (see below).

Posted by Unknown at 3:55 PM No comments: