In Case You Missed it 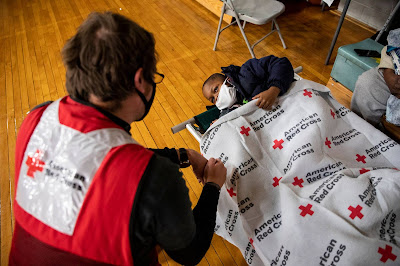 Last Week in Review
Upcoming Events and Activities
Posted by Caitlin Lima at 3:17 PM No comments: 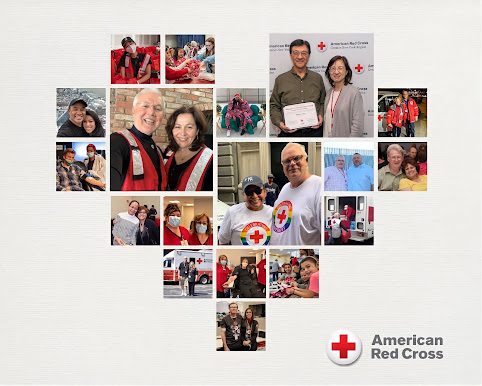 Celebrating our Red Cross couples for Valentine's Day.
Over the last seven days, the Greater New York Red Cross provided emergency assistance to 76 adults and 29 children following 50 local disasters. Here are some highlights from last week and a preview of upcoming activities. (See below)

Last Week in Review Upcoming Events and Activities
Posted by Caitlin Lima at 4:13 PM No comments: 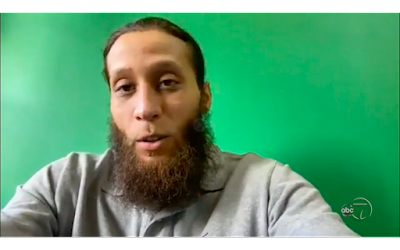 During what has already been a challenging and stressful year, a Suffolk County family found themselves faced with further heartbreak – losing their home to fire less than two weeks before the Christmas holiday.

Jason Silva, a Bay Shore resident since childhood, loved his neighbors and the single-family home he had lived in for the past five years with his girlfriend and three children.

“The last picture in the house is of me putting the star on the tree. The night before the fire happened the family was decorating the Christmas tree,” said Silva. 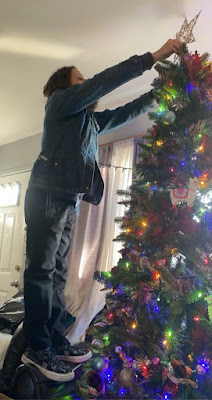 The night after the family tree trimming Silva was out after work with friends when his girlfriend called crying to let him know the house was on fire. When Silva arrived the fire was still blazing and firemen were breaking through the roof and windows and dragging items, some still burning, out of the house and garage.

The children had thankfully not been home when the blaze started and, after grabbing a few things, Silva’s girlfriend was able to get out of the house safely.

“The fire started in the wall of the garage. It was going a while before anyone knew about it. Once it was discovered it was already raging,” said Silva.

Water, smoke and flames destroyed the house and everything the family owned. As Silva and his girlfriend began to process what happened and what they would do next, in the early morning hours, Red Cross volunteer Edras Hidalgo arrived on the scene. 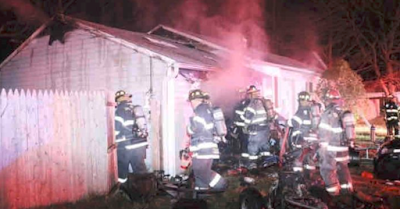 “When I approach a disaster scene to help, I think to myself ‘What if this was my brother or cousin affected?’ I go the extra mile,” said Hidalgo.

He immediately gave the couple blankets to protect them in the frigid weather. He also gave the couple financial assistance for immediate lodging at a hotel and to purchase a change of clothes for themselves and their children. Each of the family members also received comfort kits containing personal hygiene items including toothbrush, toothpaste and soap.

Having a safe and warm place to sleep and financial assistance meant a great deal to Silva, but what was equally important at this extremely difficult time was the support he felt from Hidalgo.

“When you are standing there in the cold looking at your house on fire and your whole world is upside down and someone comes through with a little bit of light by showing they care and showing their support and they tell you everything is going to be alright - that warmed me up right there,” said Silva.

But Hidalgo’s help extended beyond the day of the fire. He maintained steady communication with the family and put Silva in touch with other organizations that provided donations.

The fire at Silva’s home had started in the garage, the place where he had hidden the children’s Christmas presents.

“We all spent Christmas Eve at my mom’s house. The Suffolk County Police Department, Uplift Brentwood and a motorcycle club came with presents. Edras was there the whole time. The kids
had smiles from ear to ear. It was almost like they didn’t realize they lost anything,” said Silva.

“Edras and the Red Cross mean a lot to me. They mean support and help. They treat you like family.”

Even after the fire Silva retains his positive outlook with advice for others experiencing a similar tragedy: “Don’t beat yourself up about what happened Move forward. It’s a new beginning.”

Posted by nyredcross at 1:29 PM No comments: 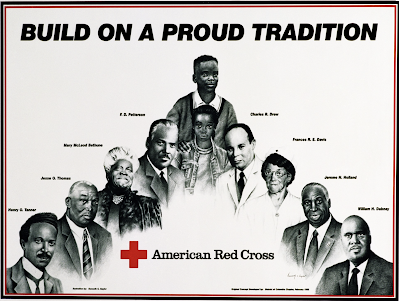 Honoring notable African Americans who were essential in shaping our organization into what it is today.
Over the last seven days, the Greater New York Red Cross provided emergency assistance to 89 adults and 40 children following 35 local disasters. Here are some highlights from last week and a preview of upcoming activities. (See below)
Last Week in Review
Upcoming Events and Activities

Posted by Caitlin Lima at 3:44 PM No comments: 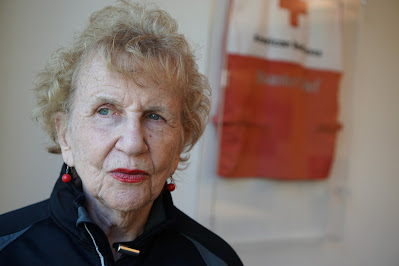 Dottie Brier’s role as a mental health volunteer at the New York chapter of the American Red Cross may have kicked off in the summer of 1992, but her first experience with the organization dates back much further. During World War II Brier knit squares that would be used to create blankets for soldiers fighting in Europe.
To this day she still remembers feeling like she was doing a valuable and important job - something that she feels is a crucial aspect of the volunteer experience.

Brier, who grew up in Providence, Rhode Island, and has lived in Manhattan since 1953, says that many of the Red Cross values were very strong in her family. Her father was the president of many philanthropic organizations including a children’s orphanage.

“It was really just my family value to be concerned about other people and philanthropy was an important part of my background,” she said.

Determined to have a career, she went to Radcliffe as an undergraduate and got her master’s in social work from Smith College.

She then embarked on a long and fulfilling career working in the field of mental health. In her first job out of school she worked at a family services agency called the Community Service Society. She followed that up by working at a nonprofit school for severely disturbed children and a youth consultation agency for adolescent and young adult girls. She then returned to Community Service Society in a teaching role for two years.

Next, she landed a job at Lenox Hill Hospital as a supervisor and within a year was promoted to assistant director of social work responsible for quality assurance, programming and education. Brier stayed at Lenox Hill for about 20 years before retiring.

“I always had a lot of compassion for people in difficult situations no matter what the situations were, whether because of mental illness or poverty or disaster. I had a strong wish to have them be in better conditions. I found it very, very gratifying.”

Within a few months of retiring in 1991 she found herself missing social work and working with clients and it was then she joined the Red Cross. After a few weeks, she was sent to Florida to help families impacted by Hurricane Andrew which left more than 175,000 people homeless. She was deployed as part of a program recently formed by the American Red Cross at the national level, Disaster Mental Health.
In 1995, Brier was asked by the head of Disaster Services at the Greater NY Chapter of the Red Cross to assist in standing up a similar mental health program locally. Its goal was to provide specialized emotional support after a devastating event. That help comes in a variety of forms including fostering a positive culture in a shelter or other service site, listening to someone who needs to talk or identifying early signs of stress in someone who has experienced a disaster. TWA Flight 800, which crashed off the coast of Long Island, was the first big disaster after setting up the program in 1996.

For most of her long and committed Red Cross career, Brier has provided emotional support at the front lines of countless national and regional disasters as well as some of the most high-profile emergencies of the past three decades: incidents including the Oklahoma City bombing; Egypt Air Flight 990 which crashed off the Massachusetts coast in 1999; the 9/11 terrorist attack in 2001; and Superstorm Sandy.

Brier’s involvement with US Airways Flight 1549, the “Miracle on the Hudson,” led to her first moment in the Hollywood spotlight. In the resulting movie, Sully, which was directed by Clint Eastwood and featured Tom Hanks as Captain Sullenberger, Dottie was an extra, handing out blankets and offering comfort to passengers, just as Red Cross volunteers had done on the cold January afternoon in 2009.

Brier, a pioneer in the field of disaster mental health, believes that developing such a program for the Red Cross has been critically important for the organization’s ability to help in disasters.

“It’s made a tremendous impact. We did a great deal of work educating people about mental health aspects and why they were important,” she adds.

After 9/11 Brier taught a psychological first aid course so Red Cross staff and volunteers could help with direct mental health interventions and referrals to Red Cross professionals as needed. She believes that 9/11 made a big difference in the country when it came to recognizing and understanding grief and mental health issues.

“The Red Cross was a leader in seeing disaster-related emotional reactions not from a pathology perspective, but as common reactions to abnormal situations and also in recognizing that resilience is enhanced when people have support at the time of disaster, lessening the chance of developing long-term psychological problems,” said Brier.

She stressed that each person responds in their own way to a disaster. Feelings of loss and vulnerability are common, but Brier says it’s the loss of a sense of control that upsets most people.

Carrying out this type of work, in such emotionally-charged contexts, can be trying. Brier takes care of her own mental health by employing relaxation methods including yoga and walking and having other interests such as being a guide at the American Museum of Natural History. Brier knows she can also speak to a fellow Red Cross mental health volunteer.

“I love the mission of the Red Cross. They really do what needs to be done for people. They are warm and compassionate and meet people’s physical, practical and emotional needs. I feel this is the kind of work I went into social work to do,” said Brier.

“Another thing I am grateful for are the friendships with the workforce. It is so enriching to meet people from all different backgrounds.” She adds that even though there is such diversity in age and background, the volunteers she works with all share the common bond of wanting to help people affected by disasters.

Brier recently gave up her regional program lead and NYC chapter coordinator positions at the Red Cross, but will remain involved in the organization she loves so much as a senior disaster mental health advisor.

“It’s the best job I ever had except I don’t get paid,” she jokes.
Posted by nyredcross at 2:22 PM No comments: 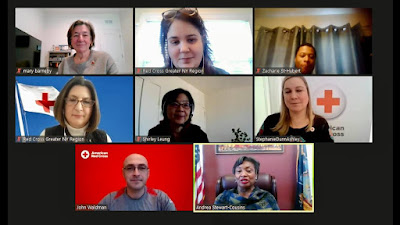 After meeting with nearly 100 state legislators, our team capped off the week with a Zoom call
with our two CEO's & NYS Senate Majority Leader, Andrea Stewart-Cousins.
Over the last seven days, the Greater New York Red Cross provided emergency assistance to 107 adults and 43 children following 49 local disasters. Here are some highlights from last week and a preview of upcoming activities. (See below)

Read more »
Posted by Caitlin Lima at 4:42 PM No comments: