On Feb. 7, 2014, NECHAMA Jewish Response to Disaster and Presbyterian Disaster Assistance (PDA) provided information about Sandy resources from their organizations. In June, NECHAMA received a $250,000 Red Cross grant to repair and rebuild 100 homes in New York and New Jersey. In August, PDA received a $1.4 million grant from the Red Cross to coordinate volunteer housing for Sandy relief workers.

On Feb. 12, 2014, a representative from New York Rising spoke about its Sandy recovery program. New York Rising is a New York State-based, federally-funded program established to provide housing assistance to eligible residents who sustained damage to their dwellings during Superstorm Sandy. Types of assistance include home buy-outs, repairs, rebuilds and reimbursement for home repair expenses.

On Friday, Feb. 21, 2014, Church World Service, Save the Children, and HOPE Worldwide spoke about services they are providing to people affected by the storm. Each of the organizations received Sandy grants from the Red Cross in September 2013. Save the Children was awarded $1.5 million for child care restoration programs and psycho-social support programs in New York and New Jersey. Church World Service received $305,395 for interagency support. HOPE worldwide was awarded $704,000 for volunteer management and coordination and youth programs in New York and New Jersey. 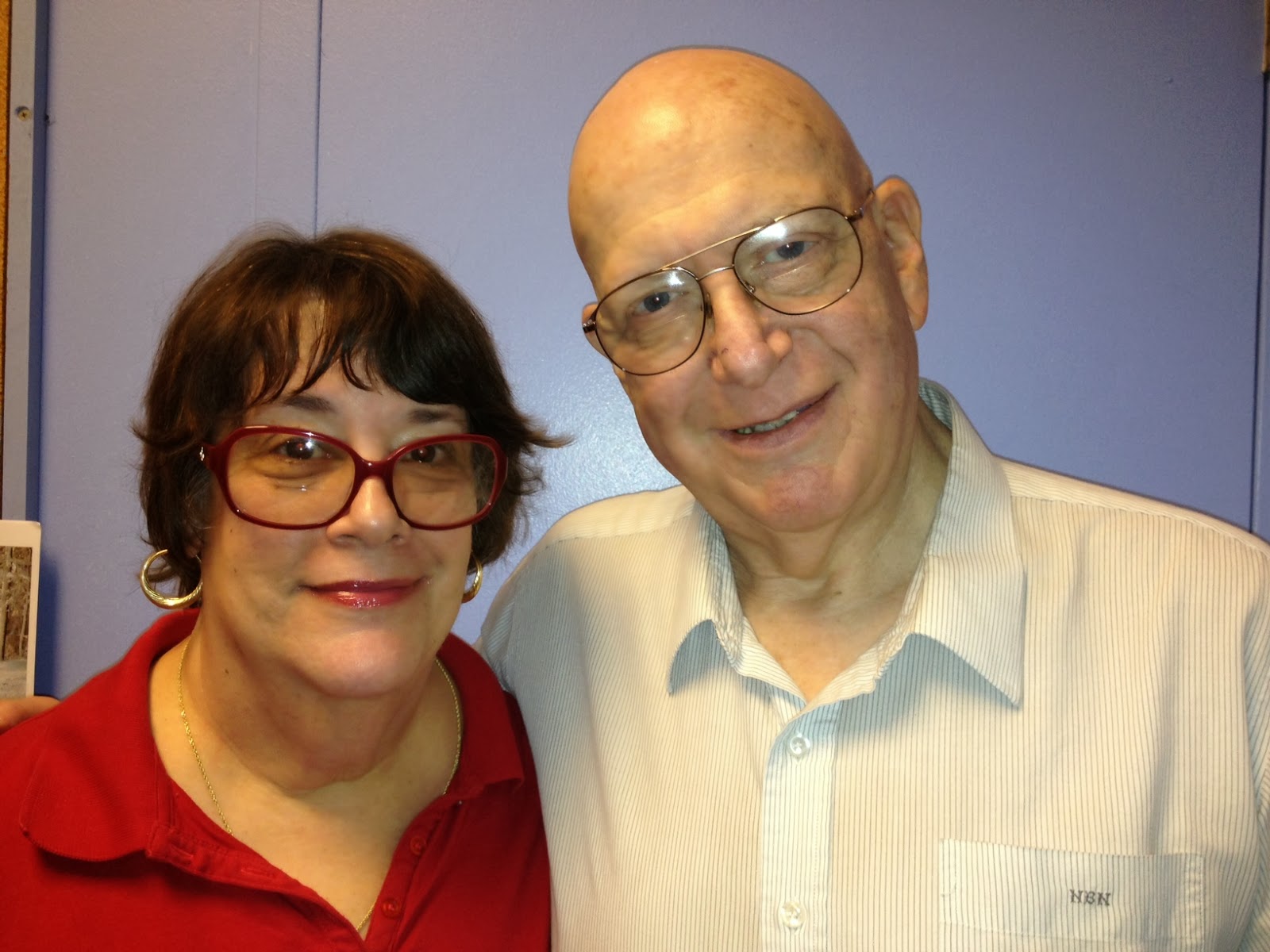 When Sandra Naval retired from her job as an art therapist at a New York City hospital, she looked around for something worthwhile to fill her time. That something turned out to be the Red Cross.

She found a good fit at the Greater New York Red Cross. Every Tuesday, Sandra volunteers in the casework area, the place where individuals who have been affected by a fire or other emergency confer with Red Cross caseworkers. Sandra sits at the department’s front desk, greets people and helps to process their paperwork.

“I really enjoy making people comfortable and offering them a snack when they arrive,” she said. “I feel I offer them some compassion for what they’re going through.”

Sandra enjoys the work so much that in addition to deciding to train to become a caseworker herself, when her husband, Norman, retired from his job as a radio engineer, she suggested he volunteer with the Red Cross as well.

“It’s an area where anything and everything is thrown at you, he said. “You don’t know what the next phone call will be about.”

One morning, Norman took a call from an individual displaced by a fire. He took her information and sent it on to the caseworkers. Later that afternoon, when the woman came in for one-on-one casework help, Sandra welcomed her.

The couple, who live in Manhattan and have been married for 27 years, both volunteer on Tuesdays, and go to lunch together as often as they are able. They are happy to be helping people at the Red Cross.

“It’s a great organization,” Norman said. “They provide great service to people in their time of crises.”

“The whole idea of the Red Cross is compassionate service,” said Sandra. “I feel that I’m doing something really good here.”

Posted by nyredcross at 1:56 PM No comments:

Email ThisBlogThis!Share to TwitterShare to FacebookShare to Pinterest
Labels: Down the Street, Manhattan, Red Cross Volunteers 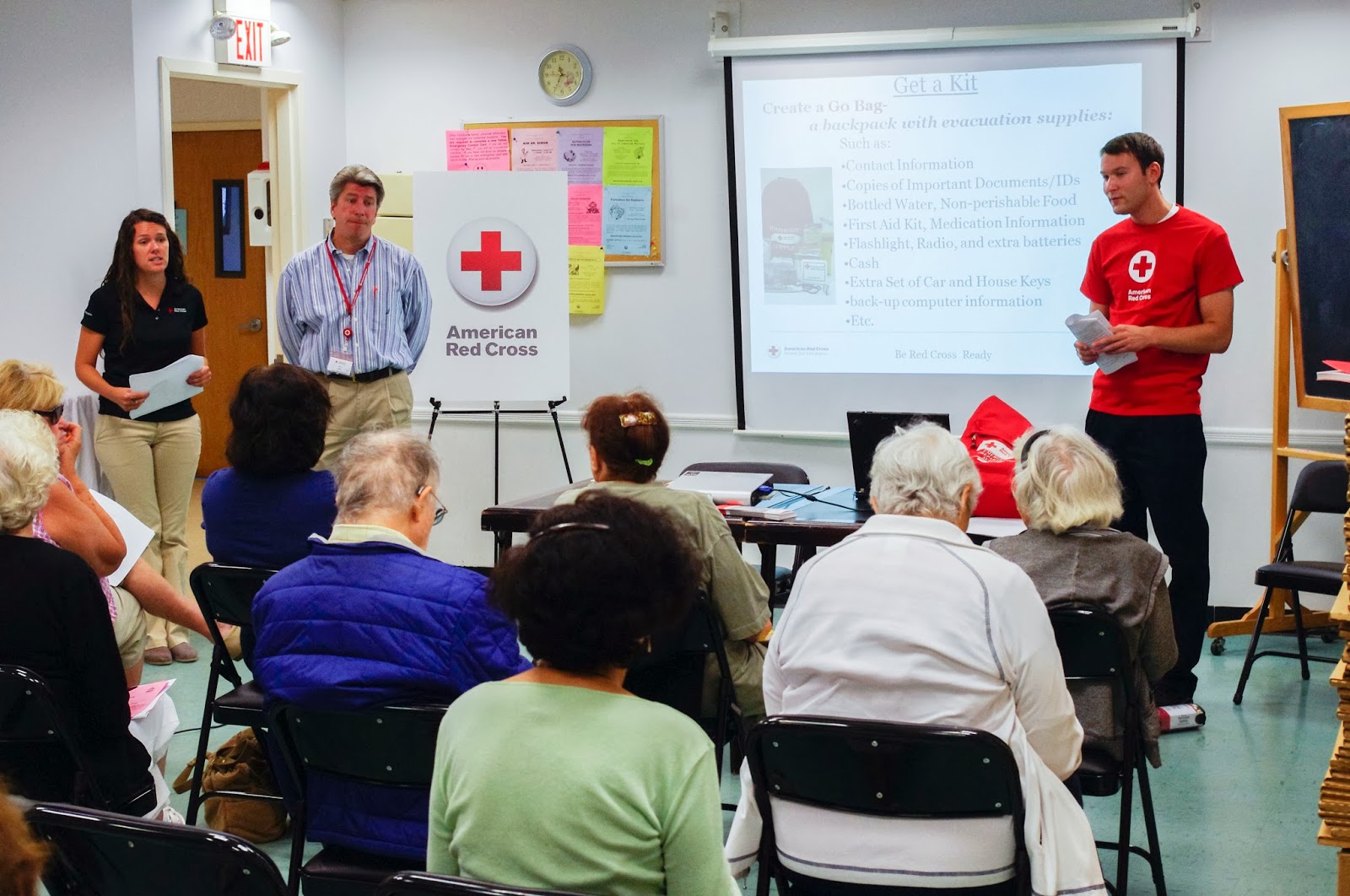 A critical part of the American Red Cross helping people recover from Superstorm Sandy is community outreach, which is conducted by a team of community recovery specialists and government liaisons.

Community recovery specialists work with local and national non-profit organizations to identify and share information about available resources for Sandy survivors. They teach preparedness skills that help strengthen resilience in the face of future disasters. Community recovery specialists participate in Long-Term Recovery Groups across the five boroughs, Long Island and Metro North, in addition to nearly a dozen more neighborhood-level recovery coalitions. As government liaisons, these specialists – under the direction of the Regional Senior Director of Community Relations - also work with government partners and elected officials, in addition to meeting with partners to fill gaps in service, outreach, and coordination.

Over the past year, Red Cross community recovery specialists have:

Posted by nyredcross at 4:35 PM No comments:

Best and Most Prepared in Show

The thrill of victory, the agony of defeat, the … barking? Yes, today and tomorrow many New Yorkers will take a break from the Sochi Olympics to cheer on their favorite canines from around the world.

As hundreds of dogs face off at the 138th Annual Westminster Dog Show, Red Cross has tips to help you keep your four-legged family members safe during an emergency.

Posted by nyredcross at 5:20 PM No comments:

Email ThisBlogThis!Share to TwitterShare to FacebookShare to Pinterest
Labels: Down the Street, pet first aid 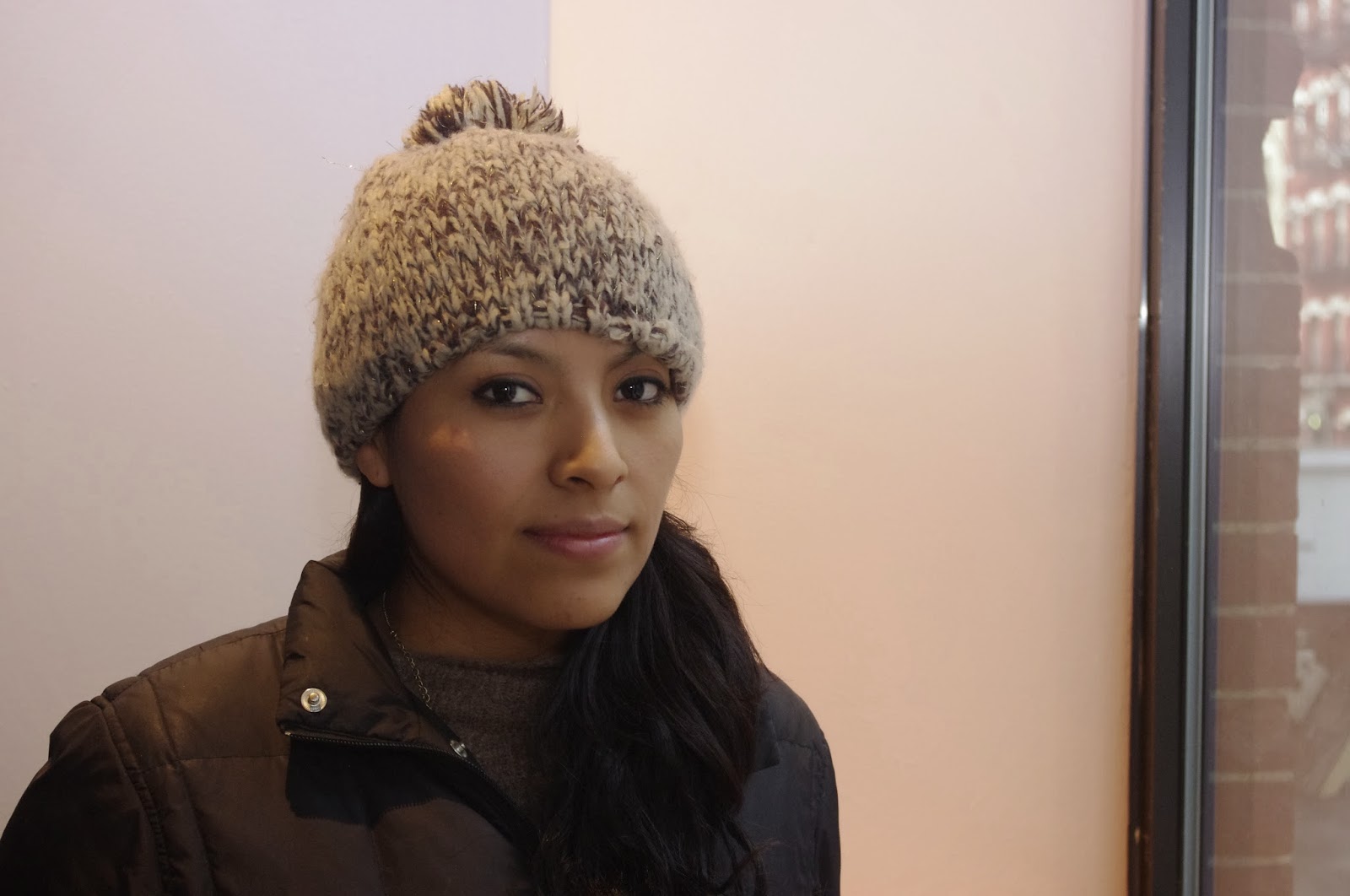 As a single mother who works as a waitress and hostess, Elizabeth Huerta had many things to worry about. Like most people, the last thing she wanted to deal with was a disaster at home. Yet, one morning in December, she and her seven-year-old daughter woke to heavy smoke and flames in their Manhattan apartment.

“I was unconscious because of the smoke for about 15 minutes,” Elizabeth recalled. “I couldn’t hear anything—not even the fire alarm. My daughter was crying and screaming. She couldn’t breathe. It was a terrible moment for her.” Elizabeth was so shocked that she had trouble understanding exactly what happened. But before she knew it, she and her daughter were safely outside, rescued by firefighters.

The flames, caused by an electrical fire on the floor below, ended up destroying their apartment, and charred the surrounding apartments as well. Two Red Crossers arrived to help Elizabeth after she and her daughter arrived home from the hospital, after being checked for smoke inhalation. They assessed the damage to the apartment and gathered necessary information. For the time being, Elizabeth and her daughter decided to stay with Elizabeth’s mother.

The pair received a debit card with money on it from Red Cross to cover food costs for a little bit, and help purchase some clothes. In addition to receiving guidance from a Red Cross caseworker, Elizabeth is reaching out to the NYC Department of Housing for help as she searches for another affordable living space somewhere else in the city. Like many people, Elizabeth was not aware of the Red Cross’s services in cases of home fires.

“I never imagined that the Red Cross could help me,” Elizabeth said. “You were the first to come to me and tell me, ‘We can help you,’ and I’m very thankful. You offered me services that I didn’t even know existed.”

Email ThisBlogThis!Share to TwitterShare to FacebookShare to Pinterest
Labels: Down the Street, Fires, Manhattan

On Friday, Jan. 31, the meeting room at the Long Island Red Cross was filled to capacity with disaster case managers and representatives from Sandy recovery organizations.

The Red Cross convened the event with the goal of making disaster case managers more aware of resources available from local organizations that received funding from the Red Cross to help people affected by Sandy.

If you were affected by Sandy and still need help, please register for disaster case management by calling the Red Cross at 1-877-RED-CROSS or the New York State Disaster Case Management Sandy referral line at 1-855-248-0483.
Posted by nyredcross at 3:12 PM No comments:

Earlier today American Red Cross CPR/AED expert Connie Harvey went on the Today Show with Kathie Lee and Hoda to demonstrate these life-saving skills. After the segment, we sat down with Connie to discuss her background, the importance of CPR, the experience of being on the Today Show ... and meeting one of the Real Housewives of Beverly Hills. 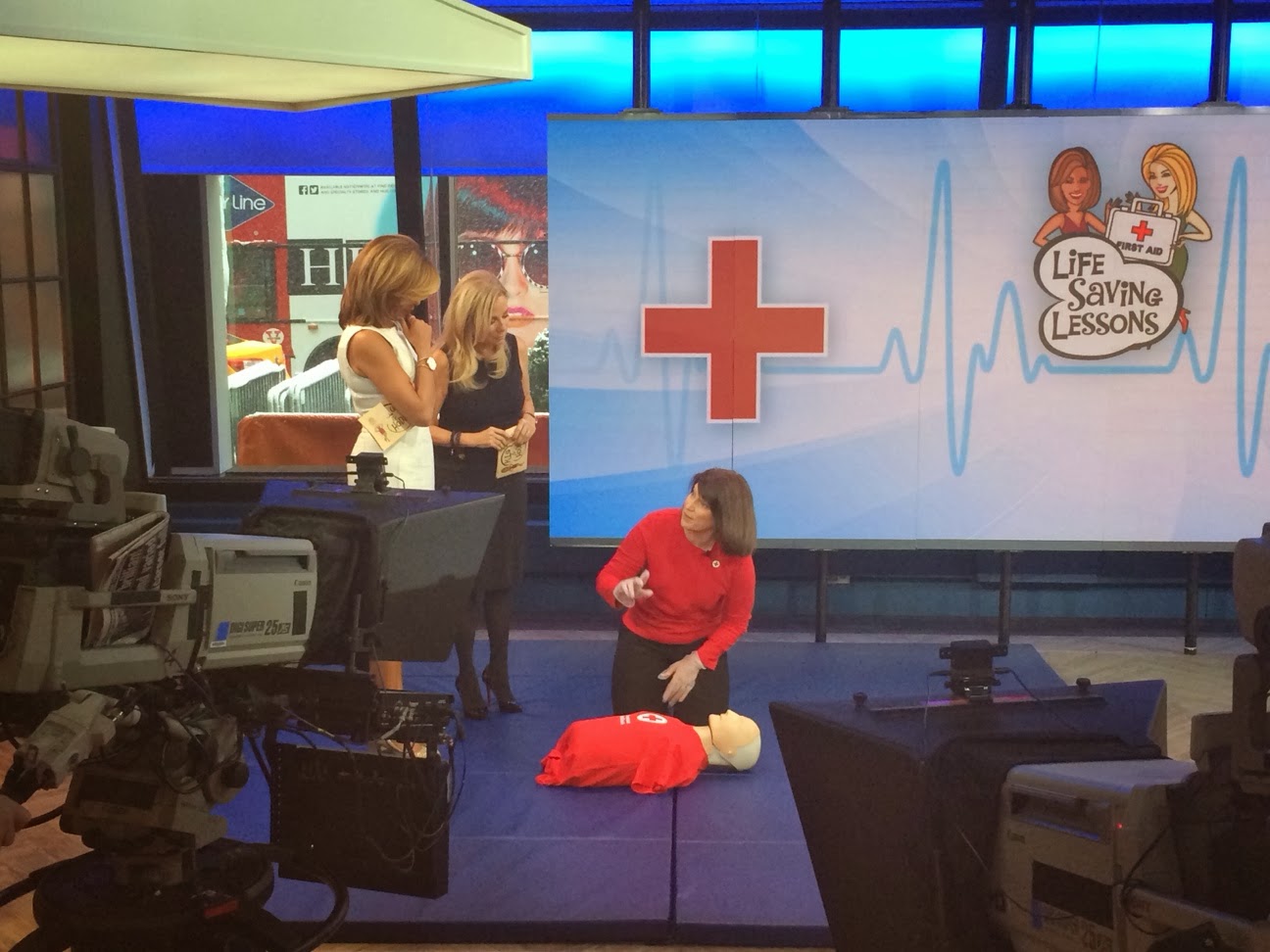 Greater NY Red Cross (GNY): When did you first connect with the Red Cross and learn about CPR?

Connie Harvey (CH): My dad was a Red Cross CPR instructor so that’s how I got started. I have been certified in CPR since I was about 10 years old. Then, while in college, I became a water safety instructor and a lifeguard.

Today, I manage aquatics programs for the Red Cross, which includes lifeguarding. CPR and AED are major components of that. Anyone who is an aquatics instructor or lifeguarding instructor has to maintain CPR knowledge and skills. I also serve as spokesperson for these programs.

GNY: Why is it so important for someone to know CPR/AED?

CH: The most important thing to think about is the alternative to doing nothing. You know what the result is going to be. If you do nothing the person pretty much has no chance; but by stepping up and taking action you have the power to save someone’s life.

And it’s simple steps that can make a difference. The simplest way to start is by calling 9-1-1 and getting help on the way and not to be afraid to perform the skills that we went over on the show. 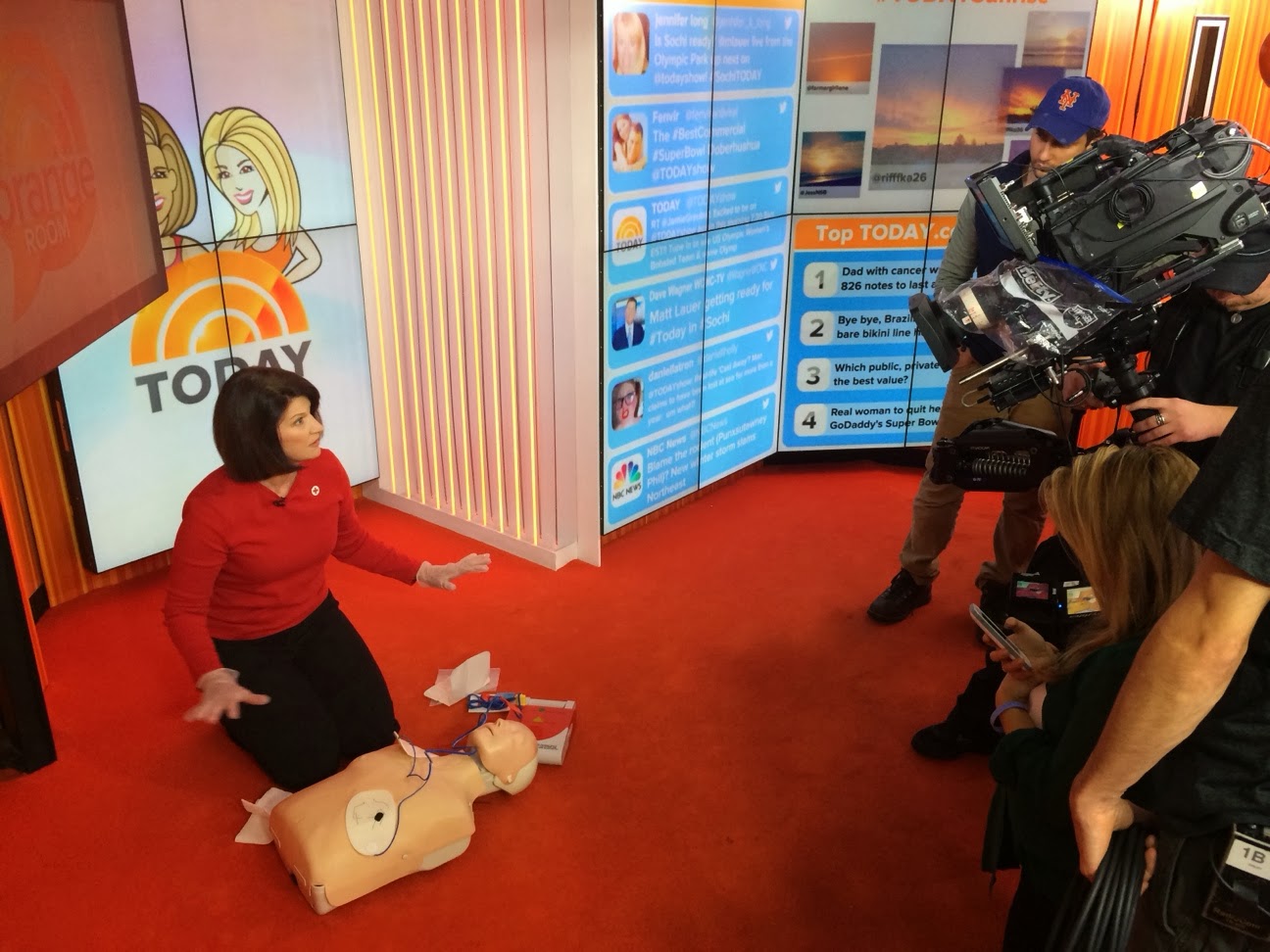 GNY: Did you come in with any expectations about your demo with Hoda and Kathie Lee?

CH: I knew it was going to be a fun segment with them and I knew they would ask a lot of questions. It’s such a personal topic and many people do have a story to tell—either something they did or something somebody they know did. These kinds of stories typically come out in segments like these. And indeed it did. Kathie Lee told us about a time when her son saved someone who was choking. And it’s an empowering thing and it makes them very proud of the person who took the action.

GNY: Any other takeaways from the segment?

CH: I was very excited to meet Lisa Vanderpump [from the "Real Housewives of Beverly Hills"]! She was on with Hoda and Kathie Lee right before me. She was absolutely pleasant and a lot of fun! 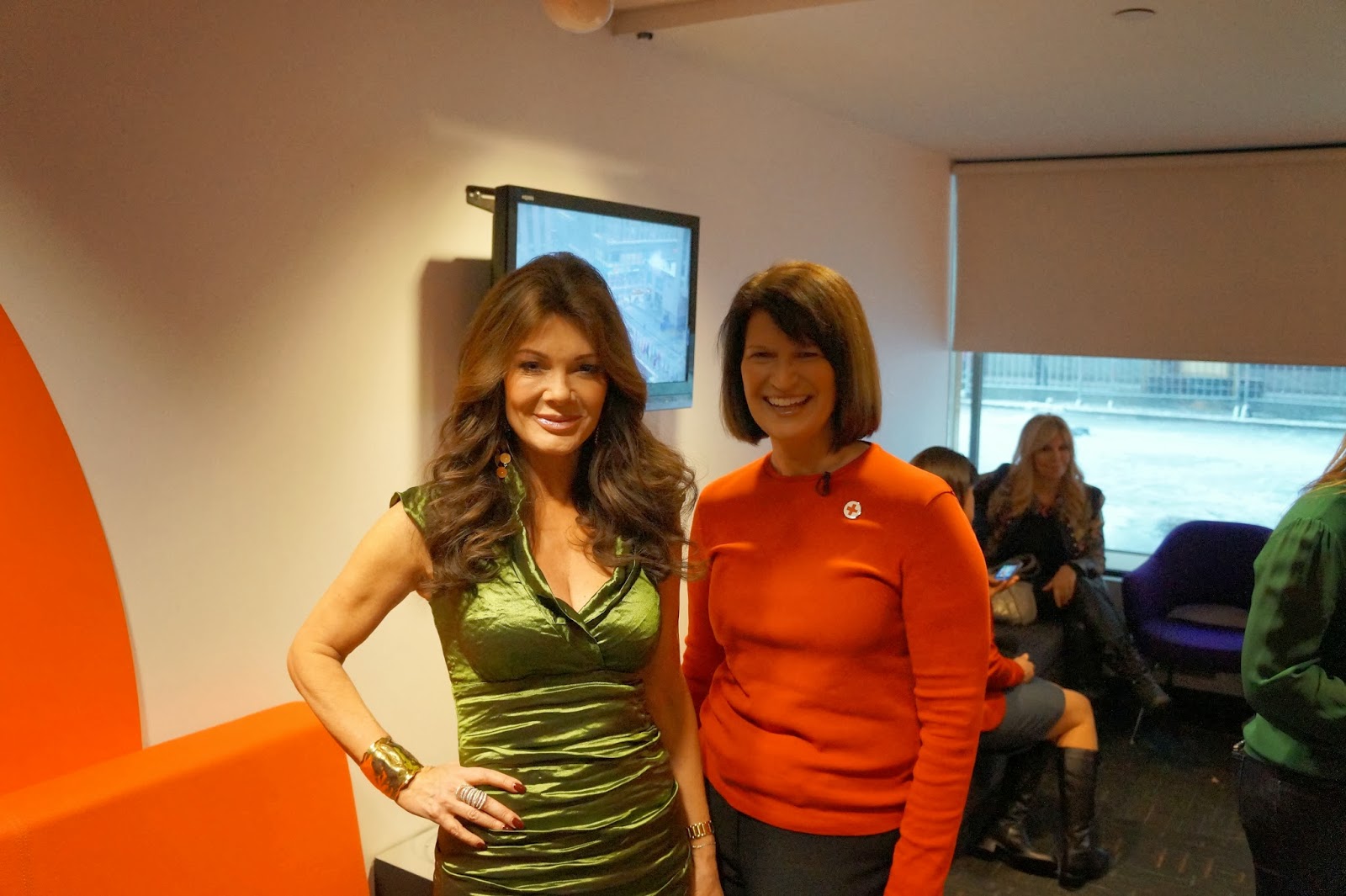