Linda McMullan doesn’t hesitate when asked what motivated her to get involved with the American Red Cross more than 18 years ago - a moment in time that transformed so many people around the world.

“After 9/11 there was a real coming together, a community spirit of neighbors helping each other and also a sense of, I think, in general people wanting to do something,” she said. “Feeling a little helpless about what happened and wanting to contribute.”

She began in 2001 by donating her time with administrative services through her local Red Cross chapter in New York state - answering phones, general support, as described in her words - amidst maintaining her day job with Rockland County Children and Family Services working in the programming and development unit.

Linda and her husband, Brian, have called Rockland County home for more than 30 years and both hold degrees in engineering sciences along with backgrounds in finance from places like Columbia University. And Linda says while she gravitated to volunteering immediately after 9/11 it was five years later when they began to both take the same training courses and treat the opportunity as something they could do as a couple. Brian says he would see Linda dash out in the middle of the night to assist with the evaluation of people’s homes following a fire and comfort the families involved and when he eventually decided to join her it became a transformational discovery.

“I got hooked almost from the first time we went out,” he said.

From that time on, Brian and Linda have together visited countless homes across the state and country, traveled as members of the Disaster Action Team (DAT) and ridden with numerous Emergency Response Vehicles (ERVs) to hard-hit locales related to crises including Hurricane Harvey, the Ohio River floods and more recently Hurricane Dorian. Emergency aid during their deployments can include everything from providing meals to help with healthcare and counseling needs to conducting damage assessments.

“It’s really like a family when you start getting involved with all the crazy dysfunctional parts of it as far as people’s interactions - but also very much a mission-oriented group with similar values,” said Linda with a smile. “And so I think that’s what hooks us into it - that you know people are there for the same reason.”

Along the way, they said they’ve met so many people in these places who are grateful for their involvement - though both Brian and Linda remain modest about their impact.

“It’s hard when it’s time to leave because usually you know that it’s going to be a long haul for the folks who were hit with any of this and you don’t feel like you were about to really put an end [to it] or resolve anything for them,” said Linda. “But there is this feeling of, well, maybe I did help a little bit and they’re able to move along a bit now.”

In every instance, they say they’re struck by the deep human connections possible with complete strangers enduring such traumatic experience in their life - and those moments never cease to leave a profound impression on them as she recalled one particular encounter.

“A woman kept coming to the ERV and getting meals for her family and came back another time and all of a sudden was just very emotional,” said Linda. “She started saying, ‘I did OK, but so many of my family and friends have been impacted by this and this is terrible.’ And she was distraught and wanted to pray with us. She wanted to hold hands and we’re not an organization that promotes any kind of particular religion or anything - but if this is a comfort to them certainly we can participate in something like that. So we joined hands and she was just thanking the Lord for bringing us there and keeping us safe.”

The McMullans are such a shining example of paying it forward in life - a demonstration of powerful empathy knowing that while they’re on the helper side of the equation during these natural disasters they could just as easily be the ones affected.

At times, Brian admits he’s wonderfully overwhelmed by the scale of the responses and how many responders pull together during times of need. He cites a particular example in Texas during Hurricane Harvey with hundreds of food trucks deployed from both sides of the Mississippi River that illustrates the staggering level of collaboration and teamwork required to reach everyone in need - particularly over a sustained period of many months and long after these disasters stop garnering national media attention.

“That’s a lot of trucks and a lot of food and a lot of people,” said Brian. “And just [over] the Houston area itself, which is about 90 miles in diameter, which is huge, they opened up 15 kitchens with an average of about 15 trucks in each kitchen and serving about 600 hot meals a day. You can do the math.”

The McMullans encourage others to push past their own state of uncertainty in terms of how to get involved and perhaps consider myriad ways that anyone’s skills, interests and experience could be applicable.

“If you enjoy feeding someone, if you have any expertise in counseling or in some religious [way] - if you’re a spiritual leader,” said Linda. “There’s all of these opportunities to use whatever it is that turns you on basically in a way that can help people. So it could be the Red Cross. It could be other agencies in your community that might be in the limelight at that particular time. But I think there’s such a rewarding feeling of being involved in something if you get over that initial inertia.”

The McMullan’s also stay busy with two children of their own and three grandchildren - with another on the way. And just as they’re proud of their own growing brood, they also share a sense of pride in helping grow the American Red Cross extended family and hope this interview inspires others.

“We’ve been blessed,” said Linda. “I’ve kept in contact with a number of people on Facebook and it’s like a family and you know who is having grandchildren or who’s going to another deployment here or there and you stay in touch with people who have the same mission in mind. We don’t want this to be about us - but we do it to help get the volunteers and the donors so we do it. There are so many different opportunities and ways to get involved.”

And like every pivotal moment in life, it begins with that first step.

“And,” Linda added, “just knowing that you might be able to make a little difference.”

Posted by HendrickVillalona at 11:53 AM No comments:

Over the last 7 days, the Greater New York Red Cross provided emergency assistance to 119 adults and 35 children following 47 local disasters. Here are some highlights from last week and a preview of upcoming activities (see below).

Posted by HendrickVillalona at 3:16 PM No comments:

Over the last 7 days, the Greater New York Red Cross provided emergency assistance to 165 adults and 53 children following 53 local disasters. Here are some highlights from last week and a preview of upcoming activities (see below).


Upcoming Events and Opportunities
Posted by HendrickVillalona at 3:27 PM No comments:

Over the last 7 days, the Greater New York Red Cross provided emergency assistance to 77 adults and 22 children following 43 local disasters. Here are some highlights from last week and a preview of upcoming activities (see below).

Posted by HendrickVillalona at 4:15 PM No comments: 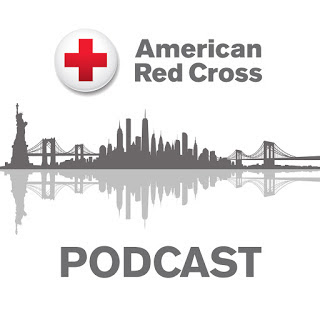 Over the last 7 days, the Greater New York Red Cross provided emergency assistance to 168 adults and 62 children following 51 local disasters. Here are some highlights from last week and a preview of upcoming activities (see below).

Posted by nyredcross at 11:37 AM No comments: 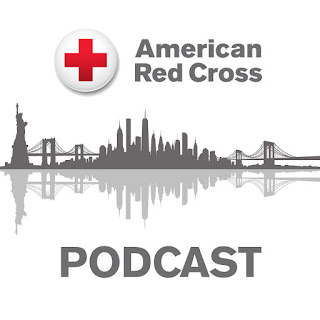 The American Red Cross in Greater New York Podcast is a collection of short, intimate conversations with everyday heroes who give back and help others suffering from trauma and tragedy. In these episodes, they share personal stories of altruism and compassion. The theme of this first season is "Humanitarians of New York".

Episode 1 - Keep Calm and Be There for Others


"When you see some of the real tragedies that people go through and how resilient they can be and how they find their way back, and you know there were a little part of helping them do that, it is very rewarding”, Alec Cecil, Pelham, N.Y.

Alec Cecil is a psychologist at the Albert Einstein College of Medicine and Montefiore Medical Center, working primarily with underserved adolescents and young adults and their families.

He joined the American Red Cross in 2001 after the crash of AA Flight 587 in Queens. As part of his work with the Red Cross, Alec volunteers with the organization's Service to the Armed Forces Program (running Reconnection Workshops), he teaches Psychological First Aid and Disaster Mental Health Fundamentals, and he deploys nationally to provide Disaster Mental Health support following major emergencies like Hurricane Harvey and the Parkland shooting.

Email ThisBlogThis!Share to TwitterShare to FacebookShare to Pinterest
Labels: podcast

The American Red Cross in Greater New York Region launched today its inaugural podcast series, a collection of short, intimate conversations with everyday heroes who give back and help others suffering from trauma and tragedy.

Through these unique New York stories, the podcast will feature individuals directly affiliated with the Red Cross and others with no direct connection to the organization. What these people have in common are their personal stories of altruism and compassion. The theme of this first season of the Greater NY Red Cross podcast is "Humanitarians of New York".

“In these divisive and uncertain times in which we live, it is heartening to hear stories that uplift us and bring us together,” said Susan Rounds, Interim CEO, American Red Cross in Greater NY. “Behind the scenes at every emergency are selfless heroes who do whatever necessary to help ease the pain of those suffering.”

The podcast launched today, October 2, 2019. New episodes will be available every two weeks after that. As they are released, episodes be available on iTunes and on the official Greater NY Red Cross blog.

Some of the individuals featured:

Posted by nyredcross at 9:30 AM No comments: