“Red Cross is an A-plus in my opinion.” 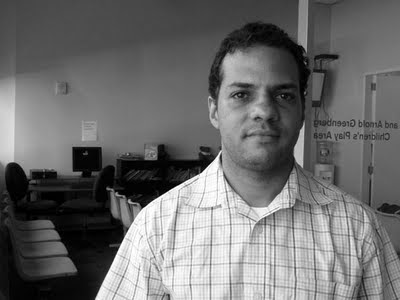 It started as a regular Tuesday for Alexis Geraldino. He attended classes at Technical Career Institutes New York where he is finishing up a program in accounting. But when he returned to his Bronx apartment that evening, he learned that a fire had roared through the building during the afternoon. The fire was out, but the damage was done. The roof and most of the two floors above his were almost completely gone, making Alexis’s 4th floor apartment essentially the top floor of the building. Alexis found that his apartment was nearly destroyed; his belongings ruined with water and smoke damage and his ceiling ripped apart.

“The first night I tried to survive on my own resources,” he said. Although access to the floors above his was blocked, Alexis was able to get into his apartment and stay the night. “I accept that it wasn’t the best idea,” he said. “I was thinking, what am I going to do in the morning?”

Although Red Cross responders had been on the scene during and after the fire to register residents for assistance, Alexis had arrived after they’d gone. The next day, Alex spoke to a Red Cross worker who returned to the building. He later came to Metro Red Cross headquarters, where, caseworkers arranged for a hotel for him for two nights, and referrals for longer-term city housing. Alexis said, “I knew the Red Cross would come through. Red Cross is an A-plus in my opinion and not just because of the help I just got.”

As it turns out, Alexis had received Red Cross help years earlier. In 2003, while serving in the army in Tennessee, waiting to be deployed to the Iraq, Alexis’ father, who was his only living relative, had a heart attack back in New York. With the assistance of the Red Cross’s Service to the Armed Forces program, Alexis was able to return to oversee his father’s care. Sadly, before his father could receive the surgery he needed, he passed away.

After his father’s death, Alexis spent a year in Iraq, where he injured his back. Though he originally intended a life-long career in the service, Alexis was discharged for medical reasons. He returned to New York City in 2007.

Alexis is incredibly grateful for all the assistance he received both after the fire and when he was in the military. He said, “I cannot talk about the Red Cross without saying ‘Thank-you.’ I mean it.”


Alexis Geraldino, Bronx, New York
Posted by nyredcross at 11:10 AM

Email ThisBlogThis!Share to TwitterShare to FacebookShare to Pinterest
Labels: Down the Street, Fires, The Bronx