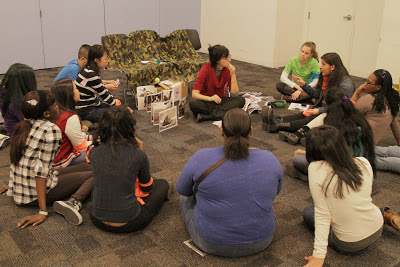 During “Raid Cross” the students played roles such as soldier, humanitarian aid worker, and prisoner of war in in simulations designed to teach young people about IHL, or the rules of war. This gave them the opportunity to make tough decisions and experience a small sense of what it is like to participate in a conflict. The segment will air in early fall.

Photo by Evan Marcy: Red Cross Club members participate in a "Raid Cross" exercise this past February.
Posted by nyredcross at 4:20 PM