From Pokémon Go safety tips to first-person testimonials from our volunteers and employees on the ground providing relief, here on the Greater New York Red Cross blog we captured dozens of stories in 2016. As the year comes to a close, we are looking back at some of these memorable moments by sharing our seven most-read posts of these past 12 months.

The American Red Cross was thrilled to be featured in scenes in the Warner Bros. Pictures’ and Village Roadshow Pictures’ feature film SULLY which premiered this past September. Among those who supported the Red Cross response to the landing of Flight 1549 on the Hudson River and who also reenacted that role in the movie SULLY was Dottie Brier. In this Q and A, Dottie talks about what it meant for her to represent the Red Cross on the silver screen. 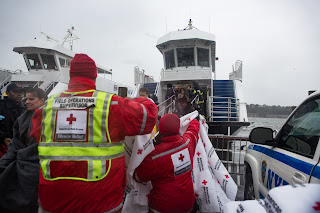 #6- A Visit From the President of the Swedish Red Cross


Back in May, the President of the Swedish Red Cross, Anna Carlstedt, stopped by our Regional HQ to talk to staff and learn about our programs in Greater NY. As part of her trip, Anna also had the honor to help light the Empire State Building red and white for Red Cross Month. In this blog Q and A and video, Anna talks about her organization's response to the European refugee crisis and the global impact of Red Cross volunteers.

This year’s “American Red Cross Gala: Heroes Among Us” was truly incredible. The Greater New York Region honored an esteemed group of heroes and humanitarians, all of whom exemplify the selflessness spirit of the Red Cross:

Back in August of this year, Louisiana was hit with historic flooding leading to the worst natural disaster to hit the United States since Superstorm Sandy. Providing relief to those who need it most is at the core of the Red Cross mission, so it did not take long before volunteers from across our region to travel to Louisiana and help. This blog post recaps some of the photos and testimonials from the ground.

In this post, volunteer Stan Frank shares the story of his first ride-along during which he accompanies Red Cross volunteers on a response shift in NYC. The detailed account of Stan’s experience provides great insight into how we respond to emergencies every day.

#2- 5 Red Cross Tips for Staying Safe While Playing Pokémon Go
Remember how crazy everyone went this past summer over Pokémon Go? Whether you’ve moved on or have continued to be an avid trainer, this piece will bring back summer memories. And to those of you who really do have to “catch ‘em all,” you do not want to miss out on these safety tips.

#1- Reaching Out to Orlando
After the horrific events that took place at Pulse Nightclub this past June, our Greater New York Regional CEO Josh Lockwood traveled to Orlando to join the Red Cross response to this tragedy. In this piece, Josh shares his experience with us, an account that speaks volumes to the resiliency, positivity and selflessness that can come out of such an unthinkable event. 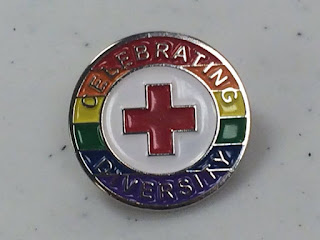 Posted by nyredcross at 4:43 PM