American Red Cross Disaster Action Teams on Long Island have responded to more than six fires in the last few weeks in the Brentwood/Bay Shore area, including one today on Christmas Eve. During this season of giving, our teams have tried to spread some holiday cheer to the families as we worked with them after their emergencies. 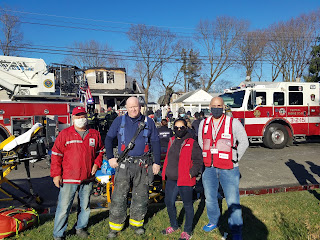 The first fire was on St. Peters Drive. I responded alongside Gary Nilsen, Steven Scheer and Neela Lockel. The home was destroyed leaving three families displaced. I was on my way to a toy drive hosted by  Legislator Sammy Gonzalez when the call came in. After I spoke with the family and completed disaster assessment, I asked the parents of the child on scene if they would come over to my vehicle and select toys from my car. He chose one item for himself and one for his brother. When I encouraged him to take whatever he wanted, he responded, "Save some for the other kids.” I told him I would buy more toys for the others and again suggested he should take at least three or four items for each of them. After the family was on their way, I continued to the toy drive to drop off the rest of the toys.

DAT Capt. Edras Hidalgo responded to another fire in Bay Shore, where the resident dragged a tree out of the home to the curb so his family could have a Christmas. Four more fires in the area occurred over the past two weeks. 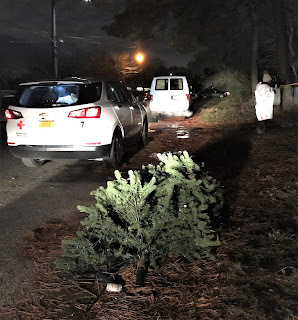 The Suffolk County Police Department Deputy Police Commissioner, Risco Mention-Lewis quickly contacted me and asked for the ages and sizes of the clients, and the SCPD went shopping. SCPD made sure each of the children received new clothing and toys. Other local organizations did the same including Uplift Brentwood, Brentwood School District Staff, PTA’s, Jibaritos with Troops and Red Cross volunteers. 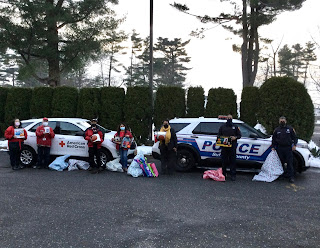 DAT Captain Hidalgo and his wife, Daysi Ramirez de Hidalgo, wrapped and organized the gifts by family, and then delivered the gifts over the past few days along with Senior Disaster Program Manager Liz Barker and our community groups. The Hidalgo Family did the same for other families in need in our community, truly sharing in our mantra "Hearts Open, All In."

Edras received expression of thanks from one family for the “life changing” work of our client case workers and often-unsung heroes, Disaster Mental Health.

We are grateful for the communities coming together to support one another during this holiday season I wish everyone a Merry Christmas and Happy New Year. 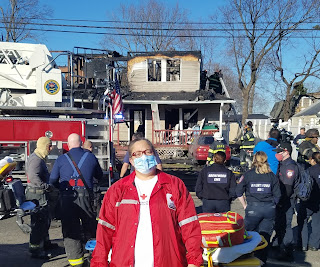 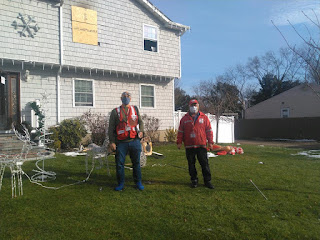 Posted by nyredcross at 3:35 PM