“The Red Cross came in as my knight in shining armor.” 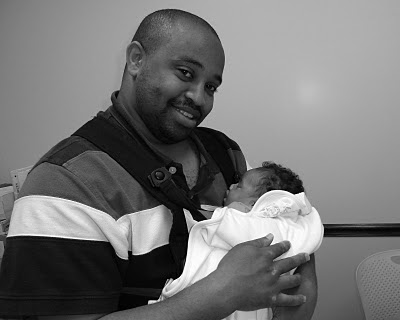 Charmion Tamar and his wife had lived in their basement apartment in Brooklyn for three years, since before either of their two young daughters were born. Charmion, a cook and restaurant manager who is currently between jobs, described it as a pleasant space, with a nice kitchen, bathroom, and bedroom, as well as access to the building’s backyard. He and his family were not aware that their basement home was an illegally converted apartment.

One day, after the landlord had locked one of the apartment’s exits, Charmion called the fire department to resolve the issue. Upon arrival, FDNY told him they had to bring in a building inspector. To the Tamar family’s shock the inspector declared the dwelling “unsafe” and told them that they were no longer allowed to remain in the home; they had to find somewhere else to live, immediately.

“The Red Cross came in as my knight in shining armor,” Charmion said. “They arrived before the Building Department.” The Red Cross transported the family to a hotel where they could stay for a few days, gave them a MetroCard to travel around the city and emergency funds for food. Charmion and one-month-old Layla came to Red Cross headquarters days later to speak with a caseworker. “Our caseworker gave us hope that we’d be able to have a place to sleep for the weekend and assistance finding something more permanent,” said Charmion. “It’s a blessing.”

Charmion said that he was familiar with the work the Red Cross does during large-scale disasters, such as Hurricane Katrina in 2005, but he was unaware that the organization assisted local victims of smaller disasters. “For me personally,” he said, “this little thing with being kicked out; my entire world is destroyed. I’m just glad that there’s someone that people in my situation can turn to.”

Charmion is so grateful for the Red Cross’ help that he hopes to be able to return the favor one day. “I would be glad to help the organization in any way I can,” he said.
Posted by nyredcross at 12:27 PM