"I wanted to give our caseworker a hug." 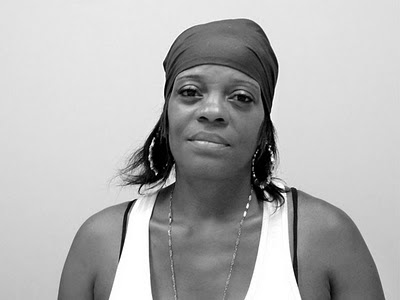 When she smelled smoke in her fourth-floor Brooklyn apartment on the afternoon of July 6, Robin Lott called the fire department. “They came and checked the circuit breakers and felt the walls. They said the walls were cold, and left,” said Robin, who then decided to run out to the store. When she returned twenty minutes later her daughter said, “The walls are crackling!” The smell of smoke was stronger now, and Robin and her four children could see smoke rising through the rooms. After the returning firefighters discovered a fire in the incinerator shaft, Robin and her kids ran downstairs to safety.

Robin, a seasonal worker for the NYC Parks and Recreation Department who had just been laid off, was distraught at losing the apartment where her family had lived for 15 years. “I’ve never experienced anything like this,” she said. “And I didn’t have anybody to walk me through it. Then the Red Cross came.” Red Cross relief workers arranged emergency housing for Robin and her family and gave them money for replacement food and clothing. “The Red Cross was so good to us,” said Robin. “They took good care of us—I wanted to give our caseworker a hug.”


Robin Lott from Brooklyn, NY
Posted by nyredcross at 12:10 PM