I Know How That Feels 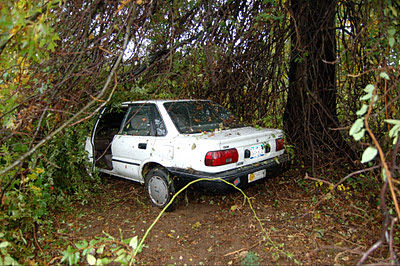 I’ve watched Red Cross responders help people after a house fire or a vacate order numerous times since joining the organization back in 2005.

I’ve heard them talk with those affected by these emergencies with kindness and compassion. I’ve seen them offer clients a cold drink to quench their thirst and a warm shoulder to lean on. And I’ve understood something of the satisfaction our responders feel in helping others in need.

What I didn’t understand was how it feels to be the one helped. I learned something of that a year after I started working for the Red Cross.

In the fall of 2006 my husband, Allen, and I were driving from New York City to Maryland to visit family. I took the wheel at our home in Queens. About an hour and a half into the trip, somewhere along the New Jersey Turnpike, I began to feel fatigued. We stopped for gas and I asked Allen to drive.

As it happens, it had been at least a year since he’d driven (don’t ask), and he was a little rusty.
Allen fired up the car to 65 mph, the speed of the road, driving in the right hand lane. (This will be important, trust me.)

Before starting the car, Allen had rolled down his window. The temperature was in the low 50s, and cold air rushed in around us. After a minute or two, I begged Allen to close the window.

Here’s what happened: It’s an older car with a crank window. Allen reached for the crank with his left hand. At the same moment, he turned his right hand, which was on the wheel, to the left, towards the window.

And just like that, we’d moved into the middle lane.

In that same nanosecond, Allen, realizing (a), but not (b), drove back into the right hand lane. But he overcompensated. The car swerved sharply to the right.

We were now out of control and headed off the road, onto the shoulder and beyond.

We were lucky. This happened on one of the few stretches of the New Jersey Turnpike with a large expanse of grass right off the shoulder, as opposed to a barricade of towering trees. 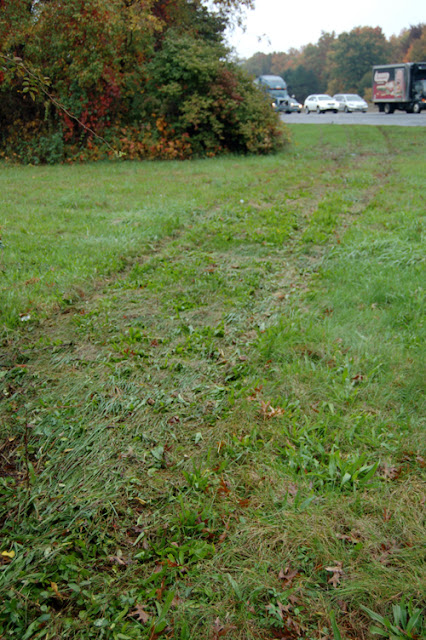 Although I didn’t realize it at the time, as he braked, Allen aimed the car at a group of four-foot-tall bushes at the edge of the grass. I had time to think, “How much is this going to hurt?” before we drove right into them. Amazingly, the bushes (along with the breaking) stopped us.

Here’s the point of the story: Within seconds, before we could orient ourselves, realize we were totally unscathed and only a tiny bit shaken up, at least four people were beside the car, asking if we were okay.

Not only had the driver of the car behind us parked on the shoulder and rushed over, so had a number of people driving north on the turnpike. They had actually climbed over the barrier between the north and southbound lanes and walked across three lanes of traffic to reach us.

Most of them probably thought they’d be pulling bodies out of our car. One man was dressed in army fatigues. He undoubtedly knew—and was prepared to use—CPR on us. All asked how they could help.

Were we all right? Was anything broken? Was there damage to the car? (Literally, the only damage turned out to be to the front license plate, which got a little bent.) Did we need something to drink? Could they call anyone for us? All this before we’d even gotten out of the car.

As we all stood together on the grass, talking softly about what had happened, I realized: This is what it must feel like to have the Red Cross show up to help you during a disaster.

You’re standing on the street watching your home burn, in your pajamas, in the middle of the night. You’re scared, disoriented , distraught. At the very least, you’re wondering what to do next.

Red Cross relief workers are there, in that very moment, handing you water or coffee, a blanket or a sweat suit, offering you emotional support, and telling you that everything will be okay and they will help you to move forward.

You feel immensely reassured and grateful to these strangers who have come to help you in any way they can.

That was how I felt as we waited for the tow—enormous relief that we were unhurt, and enormous gratitude towards everyone who stopped. I will always remember their kindness towards us. They were simply the best—as are our Red Cross responders.

There is a short coda to this story. The car was in good enough shape to drive, which I did, back to New York and straight to our mechanic. That night, I caught The Bourne Identity on TV. As Matt Damon and his leading lady, Franka Potente, wildly swerved in and out of traffic and bounced down a flight of steps in a VW bug during a chase scene, I thought: I know how that feels, too.
Posted by nyredcross at 11:47 AM

Email ThisBlogThis!Share to TwitterShare to FacebookShare to Pinterest
Labels: Down the Street, Queens