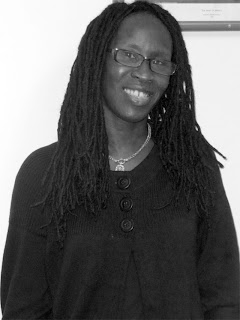 The smoke was overwhelming. Flames singed her clothes and her hair. She felt frightened for her safety.

None of that stopped Brooklyn resident Felicia Mitchell from trying to save the Christmas presents sitting in her bedroom on Dec. 19, a week before the holiday.

She’d awoken at 4 am. Unable to get back to sleep, she decided to wrap presents.

First, she got a glass of water from the kitchen. Moments later, back at her bedroom door, Mitchell’s eyes widened as she saw flames coming from behind her wall unit, where the TV was connected.

Without thinking, Mitchell threw the water in the glass on the flames. Since this was an electrical fire, “The flames jumped higher,” she said.

Mitchell yelled for Anthanee, her 13-year-old son, to wake up and get out of the two-story house where they rented the second floor.

Before following Anthanee down the stairs, the gutsy mother of two (her nine-year-old daughter and husband were not at home at the time) shut the two doors on that floor. “My godfather is a retired fireman,” she said. “He always said to close the doors on your way out; don’t let a fire spread.”

But once again, Mitchell thought about Christmas and the presents on her bed.

She started back up the stairs. “I got almost to the top,” she said, “but the smoke was killing me. The next thing I knew I was at the bottom of the stairs, so I went out of the house.”

As Mitchell and Anthanee helplessly looked on, the blaze started to consume their home. Firefighters arrived, followed by the Red Cross.

“The Red Cross was really good,” said Mitchell a few days later, between hacking coughs brought on by the smoke she’d inhaled. “They did my paperwork. They helped calm me down, and didn’t leave until I was calm. Most importantly, she said, “they reassured me that everything would be fine and that I had a resource in the Red Cross.”

In the future, Mitchell vows to have a fire safety plan, a fire extinguisher and fresh batteries in her smoke alarm. “I won’t take the batteries out when I cook something and smoke comes and the alarm goes ‘beep beep beep,’” she said. “Because that I’ve done. And I left the batteries out. I got complacent.”

As for Christmas, Mitchell said it was a happy one. She was thankful to able to purchase school uniforms and clothing with the emergency funds provided by the Red Cross. The family also set up a small tree in their hotel room.
“Red Cross is fabulous, fabulous, fabulous,” she said. “It’s a great resource—for the city and for the world.”

Mitchell added that once she is resettled, she would like to do volunteer work for the organization. “The best way I can show my gratitude is to let somebody else know about the services of the Red Cross.”


Felicia Mitchell from Brooklyn, NY
Posted by nyredcross at 3:18 PM