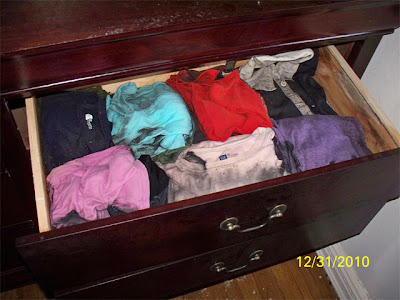 When we made the decision to wait for our apartment to be rebuilt, we found ourselves on the shores of an indefinite expanse of time as nomads with no clear way to get across. And when all was said and done, we had ended up moving six times in 10 months. Each move had its blessings and challenges. Each step remained out of our view until we needed to take it—presenting itself at just the right moment. It was like trying to find our way in the dark with a flashlight that only let us see where we were already standing. But we made it.

Our first move’s objective was simple—get out as soon as possible. After the fire, our apartment was a dark, cold, dripping wet and windowless mess. Our few salvageable belongings needed to be packed up and taken out. Most of our clothes went to the dry cleaners to be treated in a special solution. The rest we washed (and rewashed) ourselves as many as four or five times in a row to rid our clothes of their smoky smell. It helped to put a bit of vanilla extract in with the wash load (a trick I learned on the Red Cross website).

Sorting through our belongings my hands grew raw and numb. It was late December, the building’s heat had been cut off, and the windows to our apartment had all been removed. It was hard to tell what was damp and what was simply freezing.

Some things were clearly ruined. Our couch was graciously hosting a colony of mold, and part of our ceiling had caved in onto our bed. Other things made it through unscathed. One cupboard of mugs and glasses in particular looked unaffected. It was eerily spotless, especially considering that in a cupboard nearby everything was sitting in sooty puddles and full of brown-speckled water.

Even though our apartment was cold, dark and destroyed, it was hard to leave that last day—especially not knowing how long it would be before we saw it again. That apartment had been our home—a refuge of joy and comfort—for two years. We loved it. One day it would be fixed and we would move back in, but in the meantime I was homesick—and for a place that would no longer exist as it had. We couldn’t go back. Even when we returned it would be different. And when would we be able to return? No one could tell us for sure. It could take months—possibly as long as a year.

Move number one: We just had to get out. My brother-in-law lived less than two miles away, and he took us in. It was helpful being so close to our apartment while we dealt with the post-fire logistics. And it was comforting to be with family. We were ultimately able to stay with him for two more nights, but he himself was renting, and his landlord wouldn’t let us stay for any longer. We had 48 hours to find our next step.

Two friends came to our rescue. They offered to let us live with them for one month. We couldn’t accept their generous offer fast enough. Move number two: We packed up my car and shuttled our belongings from Queens to Manhattan. It took three or four trips back and forth to get everything. In hindsight, we probably should have left more with the in-laws. That’s a mistake we kept making. Somehow, even though we didn’t have much (by before-the-fire standards), we always managed to have too much to fit in my car in just one trip.

Living in The City was a dream fulfilled. We had traded my brother-in-law’s living room futon for a real bed in our own bedroom. We even had a bathroom to ourselves. My husband was closer to work, and I was able to leave my car with family and not have to worry about alternate side of the street parking rules—another dream answered.

Our accommodations were luxurious, but our lives were still unorganized and full of uncertainty. We had no finite timetable for when our home would be ready, and no idea where we would live next. It had only been a week since the fire, and we’d already moved twice. And with our possessions pulled in so many different directions, I couldn’t keep track of everything. Was it in storage? Maybe. Was it in my in-laws’ basement? Perhaps. Did it get thrown away or left behind in the apartment? Quite possibly. Was it still at the dry cleaners or in our friend’s closet? Hard to say. Good luck finding it—whatever “it” was. Everything felt like a loose end.

Having a full month to figure out our next step took a tremendous burden away. I no longer had to be in panic mode. We could relax a bit and find something that would really suit our needs rather than choosing something inadequate out of desperation. I was two parts hopeful and three parts pessimistic—mildly anxious to figure out where we’d live next.

Where did we live next? And how we move there in the snow and on the subway? All that to come in the next installment of “My Five-Alarm Life.”
Posted by nyredcross at 12:01 PM

Email ThisBlogThis!Share to TwitterShare to FacebookShare to Pinterest
Labels: Down the Street, Fires, My Five Alarm Life