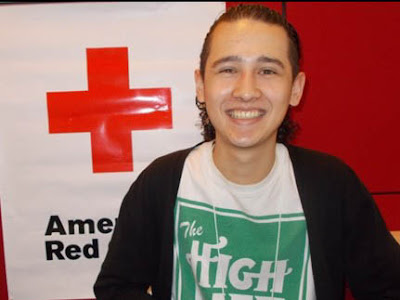 Story and photo by Bill Fortune


There are times when the American Red Cross could be considered an international organization. That is especially true during times of emergency. The desire to help those in need is what drives the organization and individual volunteers. Volunteer Franklin Maidman exemplifies that attitude.

Here on a student visa from Holland, Maidman, 19, is in New York City to study dance. In the evenings he works with his dance troupe; but every afternoon you will find him at Greater New York Red Cross regional headquarters on West 49th Street in Manhattan.

He found his way to the Red Cross shortly after arriving in the United States in early November. Recognizing that he had extra time on his hands and that people in New York needed help, he walked into the Red Cross office and asked to become a volunteer.

“When I walked into the building it was very busy,” he said. “It was only a couple of days after Hurricane Sandy and people were everywhere.”


Franklin completed the application process and began volunteering. He worked in bulk distribution for a while and then stepped into the local community volunteer activity for the disaster response operation. His energy, bright smile and strong work ethic have endeared him to the Greater New York workers.

Timothy Pitoniak, regional director of staffing and training, has high praise for Franklin:“He is here every day, working hard to meet the needs of the Red Cross,” Pitoniak said.

Maidman has been a quick learner and easily tosses out Red Cross acronyms. He has learned that the business of the Red Cross can be hectic, challenging and rewarding, all at the same time.

“I have met so many new friends and the Red Cross is like a second family,” he said. “What I really like is meeting people of all ages and backgrounds. It is cool that there is no generation gap here. We all learn from each other. We are one Red Cross.”

Email ThisBlogThis!Share to TwitterShare to FacebookShare to Pinterest
Labels: Around the World, Disaster Response, Hurricane Sandy