Finding Peace of Mind in Queens 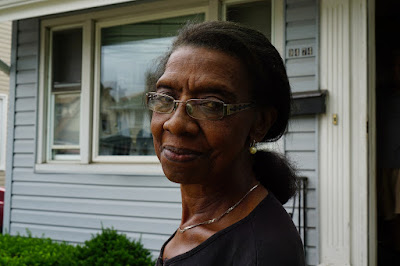 In late April of this year, an unthinkable tragedy shook an entire community: four Queens Village children and one adult perished in a home fire on 208th St. The youngest victim was only two years old.

Roberte Marcelin, a resident of Queens Village for 30 years, remembers the tragedy vividly, and like many of her neighbors, the gravity of the loss weighed heavily on her, even triggering worry about her own safety in the event of a fire.

“After the fire, that lady lost four kids,” Marcelin said. “One night, I went to bed, and I was thinking about a fire in this place…I could not fall to sleep.”

Sharing in his mother’s concern, Marcelin’s son suggested reaching out to the American Red Cross for a free smoke alarm.

Marcelin obliged and scheduled an appointment with the Red Cross. Three volunteers soon arrived at her home, educating her about fire safety and installing three smoke alarms in the house.

“After the alarms were installed, I felt safer,” Marcelin said. However, Marcelin never expected that she would rely on the smoke alarms so quickly.

A week after the new smoke alarms were installed, Marcelin had just finished cooking and was preparing to go to church when she had an uneasy feeling. She said it was as if something was telling her not to leave her home. Suddenly, the smoke alarm went off.

“I opened the basement door, and I saw smoke,” Marcelin said. A fire had broken out in her basement. “I felt like my throat was burning…and I felt like I’m not going to be able to catch my breath.”

Marcelin immediately rushed to her neighbor’s home and called the fire department. Firefighters arrived within minutes and extinguished the fire.

The fire severely damaged Marcelin’s basement. Without the Red Cross, the smoke alarms and the quick response of the fire department, her entire home and even her life could have been lost.

Posted by nyredcross at 3:05 PM