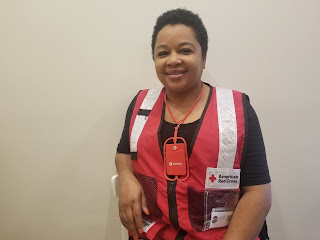 Natacha Gomez has always found unique ways to give back and help others. She became a Red Cross volunteer this past last July and just three months later, jumped at the opportunity to deploy to Louisiana to help prepare local shelters for the impending landfall of Hurricane Laura.

Originally from Haiti, where she has lived on and off for most of her life, Gomez remembers her parents prioritizing community service at an early age. Recalling some advice she received as a child, she said: “They told me that unless you put yourself in someone else's shoes you cannot help that person.”

No stranger to disaster, the impact of the 2010 Haitian earthquake was deeply personal to Gomez.

“We really felt the impact,” Gomez said. “We’re from the Northern part of Haiti, and friends of mine and family where lost. I don't think I will ever forget them.”

The year before the earthquake, Gomez created a women’s empowerment organization. She, along with her team members, worked to help women recognize their own value, worth and strength. Gomez still serves as an ambassador for the program today.

A trained chef, Gomez has also used her skill and passion for cooking to help others. A year ago, after the Bahamas was devastated by Hurricane Dorian, she joined World Central Kitchen (WCK), a nonprofit (and Red Cross partner) founded by Chef José Andrés (pictured below next to Natacha) that provides meals to disaster survivors around the world. Her role was to cook meals for the large Haitian community on the island that was badly affected by the storm. 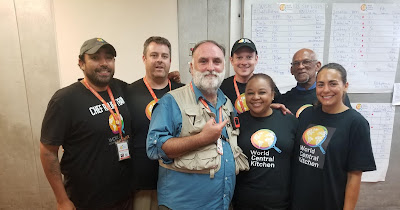 “I think that I was showing love by cooking for the kitchen,” Gomez said. She helped prepare 25,000 daily meals for this particularly vulnerable community for several months.

After a second WCK assignment, this time in Southern Texas supporting migrants, Gomez moved to New York. Motivated by the suffering caused by COVID-19, she joined the American Red Cross in Greater NY as a volunteer and quickly took as much training as possible.

“What I should have done in six months I did in one month,” Gomez laughed.

By the time she completed her training to serve as a Disaster Responder, able to manage emergency relief after a local incident in NYC, Hurricane Laura was making its way towards the Gulf Coast. The Red Cross put out a call to volunteers to travel down South to help and Gomez’ desire to put boots on the ground and turn her experience, training and compassion into action led her to raise her hand and deploy, despite COVID-19. She told herself: ‘there is COVID, but these people [impacted by Hurricane Laura] will also have needs.’ 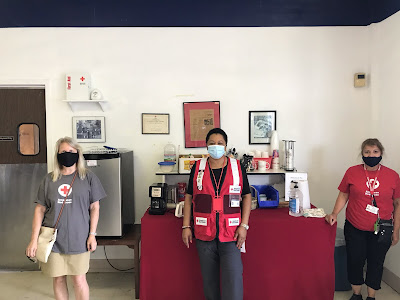 In Louisiana, she helped set up shelters for evacuees, some days traveling hundreds of miles between relief sites. On the night of August 23, when the massive storm made landfall, Gomez and her team were sleeping in a church. There was a lot of wind, but luckily, they were not flooded.

After landfall, Gomez and her fellow volunteers worked long days across multiple locations directing people to shelters. They encountered waves of residents every day and worked hard to guide them toward safe locations where they would find relief.

Back in New York after her 8-day deployment, Gomez looks forward to her new volunteer role helping New Yorkers impacted by local disasters.

“It’s the best feeling in the world being able to wake up and help someone else,” Gomez exclaims. “I am grateful every day to be alive.”