“It takes a village to get this type of operation going.” 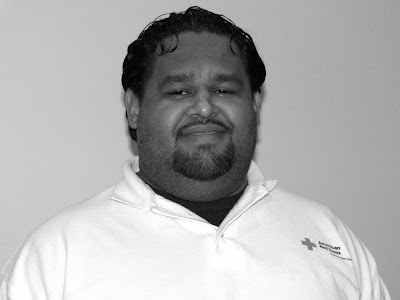 New York Red Cross Senior Supervisor of Response and International Red Cross delegate Dario Diaz Jr. left for the Dominican Republic—his childhood home—on January 19 where he was assigned as a Support Disaster Liaison Officer for the Haiti relief effort. He spent his first day on the job in a warehouse supervising the loading of relief cargo arriving at the DR airport and getting it on the road to Haiti. Dario described the situation as a logistical “rollercoaster ride,” saying that “it takes a village to get this type of operation going.”

As Dario reviewed all the hats he wears in Haiti—logistics representative, translator, port operations operator—he described his job as “Troubleshooter—making sure that what is requested by our teams in Haiti get to them quickly and safely … making sure that all things in transit to Haiti via Dominican Republic leave ‘yesterday.’ Fortunately, we are getting it done.”

One thing Dario felt on meeting the first American Red Cross team to return to the Dominican Republic from Haiti was a tremendous sense of pride. “I felt the essence of the Fundamental Principles of the Red Cross,” he said. “The team was beat up, tired and hungry, but most importantly, they were coming from helping others.”

Email ThisBlogThis!Share to TwitterShare to FacebookShare to Pinterest
Labels: Around the World, Haiti, Volunteer