“The help we’ve received, we can’t forget it.” 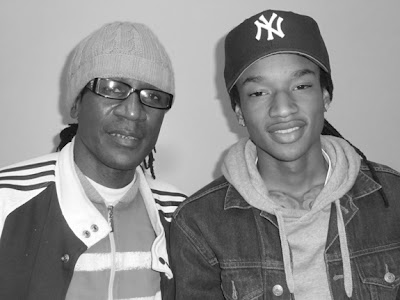 One morning, Farren Allen Jr. was asleep in the basement apartment in Brooklyn where he lived with his father, when he woke to knocking. Not expecting anyone, he went back to sleep then heard a man shout, “Break down the door!” Within minutes Farren Jr. was confronted by representatives of the city. They told him that the apartment, where he and his dad had lived for seven months had been rented to them illegally and they had to vacate the premises—immediately.

Unsure of what to do and with his father not home, Farren Jr. told the agent he had no place to go. The agent said the Red Cross was already on the way. “I wasn’t sure about the service the Red Cross provides,” said Farren Jr., “but he explained that the Red Cross would help.”

The father and son were planning to move when their lease ended in June, but since Farren Sr., who worked in security, had broken his foot a few months earlier, he was temporarily unemployed. “Then this happened and I felt lost,” he said.

The Red Cross provided emergency funds and temporary shelter for the Allens in a clean, safe hotel. They also received ongoing guidance from Red Cross caseworkers who assisted them in finding long-term housing. “I’ve seen the Red Cross before but I never knew they were so good,” said Farren Sr.

Farren Jr. hopes to go back to school as a student at Borough of Manhattan Community College once they are resettled. Both father and son are so appreciative of the help they received from the Red Cross that they plan to become volunteers. “We’re going to give back, you look for our names,” said Farren Sr. “Because the help we’ve received, we can’t forget it.”

Email ThisBlogThis!Share to TwitterShare to FacebookShare to Pinterest
Labels: Brooklyn, Down the Street