“The Red Cross plays an essential role in emergencies.” 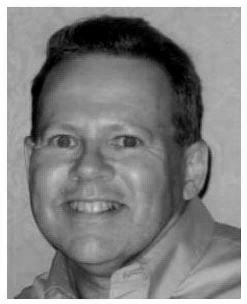 Jim Dowling works in the corporate offices of Becton, Dickinson and Company (BD), an international medical technology company. Although his job and family life keep him rather busy, Jim still finds the time to volunteer for the American Red Cross in Greater New York.

Jim, an Orange County Red Cross Disaster Action Team member, is very active in Mass Care as a Shelter Supervisor and as a Disaster Assessment Lead in the Lower Hudson Valley. In March 2010, for 24 hours he helped run a community shelter in Monroe, NY during a storm. He also responded to two fires last year. “We were there to comfort people and offer temporary shelter, food and clothing,” said Jim.

Due to his volunteer efforts for the Red Cross, Jim was recognized by his employer, BD, and received its 2010 Henry P. Becton Volunteer Impact Award. Recipients of this award must demonstrate a long-term commitment to giving their time and talents to helping members of their community. As part of the honor, BD will make a financial donation to the Red Cross in Jim’s name.

“From January through September 2010,” said Jim “volunteers in the Greater New York chapter responded to almost 1,800 fires, floods, building collapses and other emergencies, assisting nearly 9,670 people with emergency housing, food and clothing. The Red Cross plays an essential role in emergencies such as these to help people recover from disasters.”