A Sense of Perspective through Volunteering 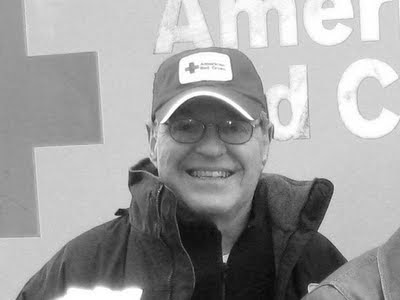 Jim Shevlin has been a volunteer with the American Red Cross since 2003, mainly providing support to our Services to the Armed Forces program. We recently chatted with Jim about his work with the Red Cross.

I understand that your son is in the military. What branch of the service is he in?

He is a Marine. His name is James E. Shevlin, and he is currently in Afghanistan. He will be there for 7 months.

Besides your son, do you have any other family members serving?

I have a nephew who graduated from West Point; another nephew who served in the Army and was stationed in Saudi Arabia; and a third nephew who is currently a doctor in the Navy serving aboard the USNS Comfort in South America.

How did you first get involved with the Red Cross?

A woman I worked with volunteered for the Red Cross. She told me a story about a mother who lost track of her son while he was deployed. The prospect of my wife being in that position was just numbing. I had been to a deployment briefing when my son got deployed, and it was chaotic and fast. I thought that I could make a difference.

What are some responsibilities you have as a volunteer?

I volunteer most of my time with Service to the Armed Forces where I go to deployment briefings, and work large military events in the city like the Veterans Day Parade and Fleet Week.

I am also involved with client services. During Hurricane Katrina, I was the volunteer partner to the director of Client Services. I performed the duties of a caseworker at the chapter and at the two venues set up by the City’s Office of Emergency Management. I also taught some of the introductory courses and Client Casework to new volunteers. I still do that.

What is a deployment briefing?

A deployment briefing is a meeting at which reservists and/or their families are given information about various issues that might affect family-life during the absence of the soldier. The information ranges from needing to give someone power of attorney to explaining the absence of a parent to small children.

What is the most challenging part of your experience?

Remaining focused on other people—remembering that I am doing it for them, and if they don’t seem appreciative, that’s okay. If I am tired and cranky in the morning because I have to get up and teach a 6 a.m. or 9 a.m. class, and it’s snowing, it’s not about me—it’s about them. I have to keep focused on the service and not on myself.

What has been the most rewarding part of your volunteer duties?

I got an award from the President of the United States once, a Red Cross pin—and I wear that pin. I received it for helping after Hurricane Katrina. One day I was riding the subway to teach a class, and I was wearing my Red Cross pin. A little old church lady grabbed my hand, squeezed it and said, “God Bless You”.

How do military personnel and their families find out about the services that are offered by the Red Cross program?

The troops get the information from the military command; the military is pretty aware of the services provided by the Red Cross. The families get the information from briefings that are done when the reserve units get called up. Those briefings are offered at places like Fort Totten or Fort Hamilton—usually on a Saturday morning. It’s there that we explain what the Red Cross can do for them.

Do families make use of the Service to the Armed Forces program?

Thankfully, most families don’t, because it is emergency communication. If the Red Cross is calling you, it is usually because there is an emergency at home that you need to be made aware of. Sometimes it’s a birth—those are the good ones. But frequently, it’s that someone was in a car accident or died—that kind of news.

What does the Red Cross represent to a service member and his family?

It represents certainty; they can be sure that important information will be transmitted. For the military command, the Red Cross serves to confirm the veracity of a family situation so that they can make decisions based on facts.

What qualities do you need to be a Service to the Armed Forces volunteer?

Do you have anything else you’d like to add about the Red Cross?

My experience with the Red Cross has done more for me than I have done for the Red Cross. I find volunteering rewarding. It helps me to focus on things better, and it gives me a sense of perspective.

Learn more about Service to the Armed Forces program
Posted by nyredcross at 11:17 AM