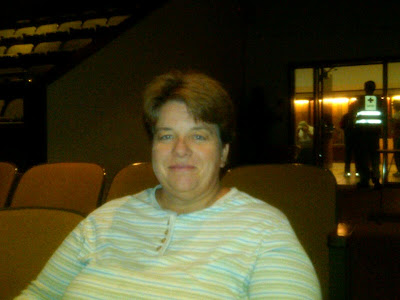 FONDA, N.Y., Sept. 8, 2011—Brenda Ell and her three foster children know the Fonda-Fultonville Central School in Fonda, N.Y., better than they’d care to. For the second time in a week, the family has sought refuge in the American Red Cross shelter located at the school.

"The American Red Cross and all the volunteers have given us a safe place to go for comfort when our whole world has been turned upside down," said Ell, whose Fultonville home was damaged by a mudslide.
Besides being in a safe place, that comfort has included warm meals, a cot to sleep on and—with help from the school superintendent—the auditorium was turned into a children's movie theater.

The impact of Hurricane Irene, and the latest flooding from the remnants of Tropical Storm Lee, is leaving behind a mammoth foot print across New York. Shelters that had been closed, as well as several new locations, had to be opened during the past 24 hours.

The Ell family actually has a second home nearly 125 miles from Fultonville. Yet they were unable to evacuate there as it unfortunately it sits on the river bank in Binghamton—where forecast record flooding is causing massive evacuations.

To keep up with the ongoing response operation in New York, or to see where shelters are located, visit www.redcross.org

Those who want to help can make a donation to support American Red Cross Disaster Relief. This gift enables the Red Cross to prepare for and provide shelter, food, emotional support and other assistance in response to disasters. Visit www.redcross.org or call 1-800-RED-CROSS; you can also text the word “REDCROSS” to 90999 to make a $10 donation. Contributions may also be sent to local American Red Cross chapters or to the American Red Cross, P.O. Box 37243, Washington, DC 20013.
Posted by nyredcross at 11:44 AM

Email ThisBlogThis!Share to TwitterShare to FacebookShare to Pinterest
Labels: Across the Country, Down the Street, Hurricane Irene, Tropical Storm Lee