Finding a Way to Help: Volunteering at the ECC 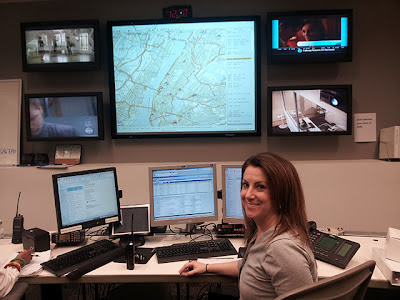 While I have lived in New York City for most of my life, I was new to the Bensonhurst, Brooklyn neighborhood when I heard about a terrible fire. A building burned to the ground, two businesses were destroyed, firefighters were injured and sadly, several people perished. This happened down the street from where I had just moved. The main strip of 86th Street has always been a buzzing commercial area, and a fire in one of the residential apartments above the hair salon had left a huge gaping hole right in the middle of the bustling street.

I overheard people talking about the fire in a nearby store a few days later. They were discussing what a shame it was that members of a family lost their lives because they had too many people living in one apartment. The number of people and items stored inside of the residence made it nearly impossible for them to get to the fire escape in time. The area where the building once stood was roped off from the public, and a giant dumpster stood in front of the address for months.

I suppose it was both the proximity and the ongoing reminders of this neighborhood disaster that had me wondering how I would be able to assist in some way. I had been to the New York Red Cross about a year earlier at a general volunteer orientation, where I learned that local responders go to every occupied residence where a fire occurs and help those affected. For lack of a better phrase, the impact of such a local disaster didn't "hit home" until it happened right next to my new home.

After a few e-mails to and from members of the Red Cross volunteer department, I learned about the ECC, or Emergency Communications Center, and found that I could be trained to volunteer there and help out on weekends. The ECC serves as the nerve center for the organization. Its workers schedule responders to go out to local disasters and send out all notifications and other reports regarding these disasters and other events throughout our area. They also book hotel rooms and activate debit cards providing emergency funds to disaster victims. I really liked the idea of being able to help people in the NYC area while learning how the Red Cross functions.

Gradually, I got to know the staff and volunteers and for the past year and a half, I have been a back-up dispatcher. This basically means that I assist in verifying fires throughout the five boroughs and communicate with the responders that go to each scene to help those in need.

Since I’ve worked in the ECC, I’ve helped the Red Cross respond to many different types of incidents. The first time that I entered the code in the Red Cross system for a confirmed death was particularly eye-opening. When I later heard the story of the fire on the evening news, my jaw dropped.

There have been at least three more occasions during my time with the ECC when I‘ve seen the incidents that I’ve helped with featured on the local news, proof to me that I was providing help to real people in my community.

When I tell people about the work I do on alternate Saturdays, most consider our conversations a learning experience. The truth is, until you experience the help the Red Cross provides, you don’t really think about it. I’m happy to talk to people about it, in the hope that they might be inspired to help as well.

Traveling to the Red Cross Chapter in Hell’s Kitchen for my volunteer shift often gives me the opportunity to sit on the subway with tourists. I have learned from overhearing their conversations that they don’t always have the most positive view of New Yorkers. I often wonder if I could change their opinions if I introduced them to some of my fellow volunteers. So many of us care, and I think that is often overlooked.
Posted by nyredcross at 10:22 AM