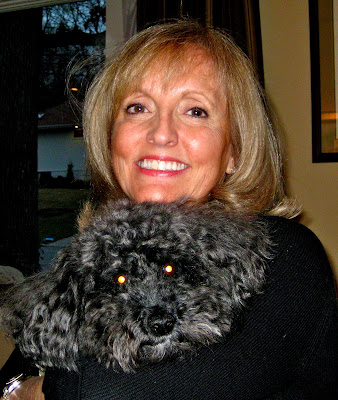 When Diane Tulp’s youngest daughter, Stephanie, was a freshman in high school, she needed a community project. She discovered Therapy Dogs while watching “Animal Planet” and decided it was a perfect service project as her family had a year-old poodle, Cody.

Diane and Stephanie began visiting a local nursing home in their hometown of Tenafly, New Jersey. Patients loved their furry friend and begged them to return for another visit as soon as possible.

That was more than 10 years ago. Diane now coordinates 25 to 30 active volunteers visiting anywhere from six to eight facilities per month along with local library “Read to Dog” programs. The volunteers work with emotionally disabled children, teens and young adults, adults in nursing homes, senior day care facilities, rehab centers and hospices.

Diane and Cody have enjoyed their visits to West Point.

"It's a way to give back, and in a small way, I feel connected to this wonderful community," she said. “Although I think the warriors prefer larger dogs such as German Shepherds, they can't help but smile when they see my 10-pound Cody in Army fatigues and a buzz cut."

Cody is the Tulp’s first and only dog. Selected from a breeder in Hackettstown, New Jersey, Cody is calm and affectionate and gets along well with other dogs. The Tulps wanted a small dog, and, due to allergies in the family, selected a poodle.

Cody is the perfect lap dog. Patients love his soft fur. He is older now and so used to therapy dog work that he can quietly sit on a patient’s lap for as long as necessary. And he entertains everyone with his “jumping up and rolling over” routine.

Stephanie did an excellent job training Cody, teaching him many tricks from the time he was a puppy. Even years later, after Stephanie left for college, Diane continued teaching and training Cody.

“Poodles are smart, so it was fun and easy,” she said.

Recently, Cody learned how to jump up on a piano bench and pound on the keys, “singing” a little (some imagination is needed here). His new “trick” has caused much laughter at every facility he and Diane visit.
Posted by nyredcross at 10:03 AM