A One Alarm Fire Puts Things into Perspective 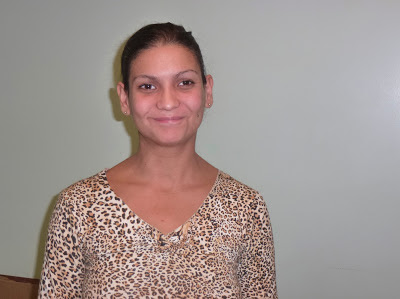 At two a.m., the smell of burning electricity was so strong that it awoke Angela Rosa and her three kids in their Bronx apartment.

Rosa heard people scream, “Fire! Call 911!” so she and her children, ages 11, 15 and 17, grabbed warm clothes and a few photos off the wall, and fled. When they emerged into the cold January night, they saw that the apartment directly above theirs was in flames.

While the American Red Cross continues to manage recovery efforts from Superstorm Sandy, its emergency dispatchers are also responding around-the-clock to disasters, like the one-alarm fire that destroyed Angela Rosa’s apartment.

Throughout the Greater New York region, the Red Cross responds to an average of seven disasters daily, and provides comfort, shelter and support to those affected.

Even one-alarm fires like Rosa’s make homes uninhabitable due to extensive water and smoke damage. When the fire department let Rosa back into her home the next day, she had to use an umbrella as the ceilings had collapsed.

“It was raining everywhere,” said Rosa. “Our mattresses were soaked, our clothing was ruined, and even the ceiling in the bedroom that I share with my little girl had burst.”

The Red Cross provided the affected residents with temporary emergency shelter at a local hotel and gave them essential resources like clothing and hygiene kits.

“The Red Cross is excellent at times in need,” said Rosa. “When you don’t have anything, you know you can turn to them because they understand.”

Rosa, who is a single mother with type 1 diabetes, hopes to return to her apartment as soon as possible with her family. But you won’t hear her complain about her situation. Instead she laments about the victims of Hurricane Sandy.

“They don’t even have a home to return to,” she said. “Just bricks. Imagine how those people are suffering. We are lucky to have a roof over our heads. We’re being taken care of, and staying warm.”

Email ThisBlogThis!Share to TwitterShare to FacebookShare to Pinterest
Labels: Disaster Response, Down the Street, Fires, Hurricane Sandy, The Bronx