"The Red Cross … are like the family you had, but never knew about.” 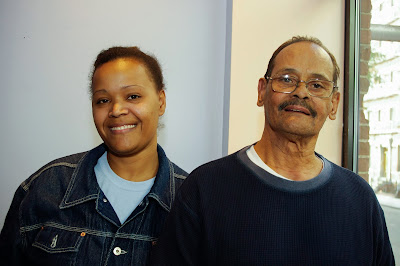 Earlier this week, Rafael Cotto and his family lost their  home in the Bronx after a powerful fire spread from a nearby house.

While Rafael was in his bedroom on a late afternoon, he heard people yelling, “Get out, get out, there’s a fire!”

He looked out the window. “There were flames right in my face,” Rafael said. “I pulled the curtain back, ran to the hallway, and I yelled to the kids, ‘There’s a fire! Let’s get out of here!’”

After quickly returning to his room to retrieve a few items, Rafael walked out of the house with his daughter and son, 17 and 15. His daughter was draped in a towel; his son was in shorts and a tee shirt.

They stood on the street as firefighters started spraying the house. The source of the fire had been a house next to a grocery store. A second house succumbed as well, and Rafael’s next.

Rafael called his wife, Selene, at work, and she rushed home. The Red Cross was on the scene within 45 minutes, quickly wrapping people in warm blankets.

Selene said, “They also gave us warm drinks—tea and coffee. It was very nice. They did a very, very good job.”

The Red Cross provided the family with hotel accommodations as well.

Rafael and Selena admitted, “We didn’t know that the Red Cross responded to fires; it was our first time in this situation.”

When the couple visited Greater New York Red Cross headquarters, they were given a debit card with which to buy replacement clothes and food, along with an organized plan about what to do next after meeting with their caseworker.

“I feel better, I feel comfortable; I give my thanks to the Red Cross,” Selene said. “They are like the family you had, but never knew about.”
Posted by nyredcross at 12:52 PM