In Case You Missed It...Last Week in Review 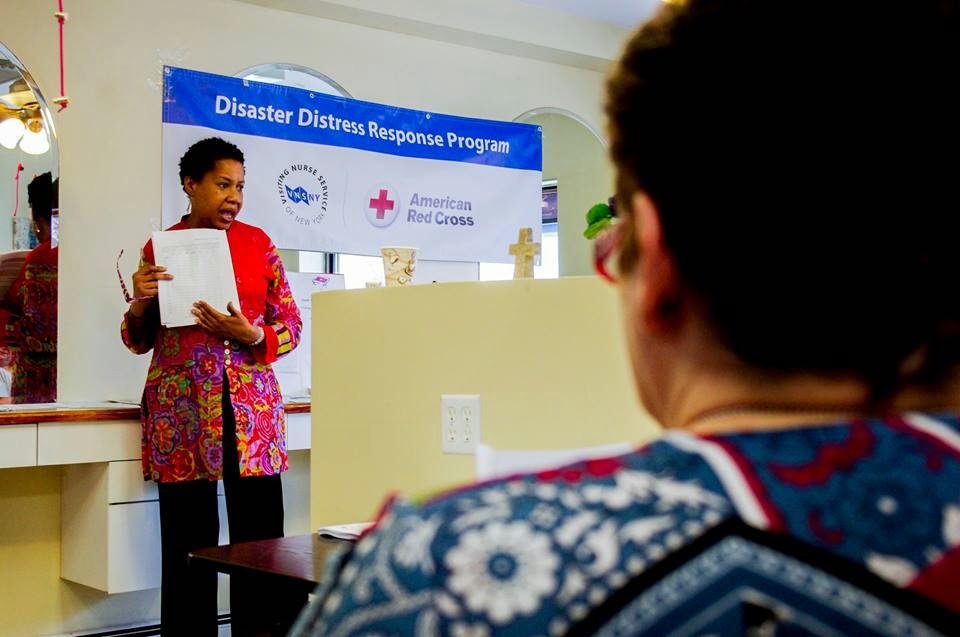 Many four- and five-year-olds entering kindergarten in Greenwich, Conn., learned about safety and emergency services in their hometown. The kids were able to participate in hands-on activities and meet with firemen, police and EMTs. Read it'srelevant.com's article and watch their video with a Safety Town instructor.

A 5-alarm fire broke out on Chestnut Ave just after 1 a.m. on June 5. The Red Cross responded to the scene promptly to help those affected. On June 6, our caseworkers set up at Staten Island Borough Hall to meet with displaced residents to discuss their next steps towards long-term recovery. amNewYork reported on the details of the fire and the assitance we provided.

On June 5, volunteer mentors from Goldman Sachs came to Red Cross headquarters in New York to provide guidances to students from 10 Red Cross clubs from around the region. We've received positive feedback from both the mentors and the students! We thank the Goldman Sachs volunteers for taking time out of their busy schedule to support our Red Cross Youth.

Volunteers from Deloitte came to the Red Cross headquarters in New York to help local residents in need. They assembled more than 1,000 personal hygiene comfort kids that will be distributed to disaster victims. Thank you, Deloitte, for giving back to the community and providing love and care to those who need it most!


Thanks again from @redcrossny 2 the @Deloitte team for coming together to help local residents affected by disaster! pic.twitter.com/YLs5kXLqmT
— NY Red Cross (@redcrossny) June 6, 2014

The Bayside High School Red Cross Club, representing the Greater New York region, presented their Action Campaign at the National International Humanitarian Law (IHL) Youth Leadership Summit in Washington, D.C. this weekend. We could not be more proud of these young Red Crossers for their big achievements! Also, a big shout out to our Youth Services Manager, Amanda Crabbe, and to Red Crsos Disaster Responder Kanhong Lin for making the trip possible for the kids! To learn more, read our story on IHL and Bayside High School Red Cross Club.