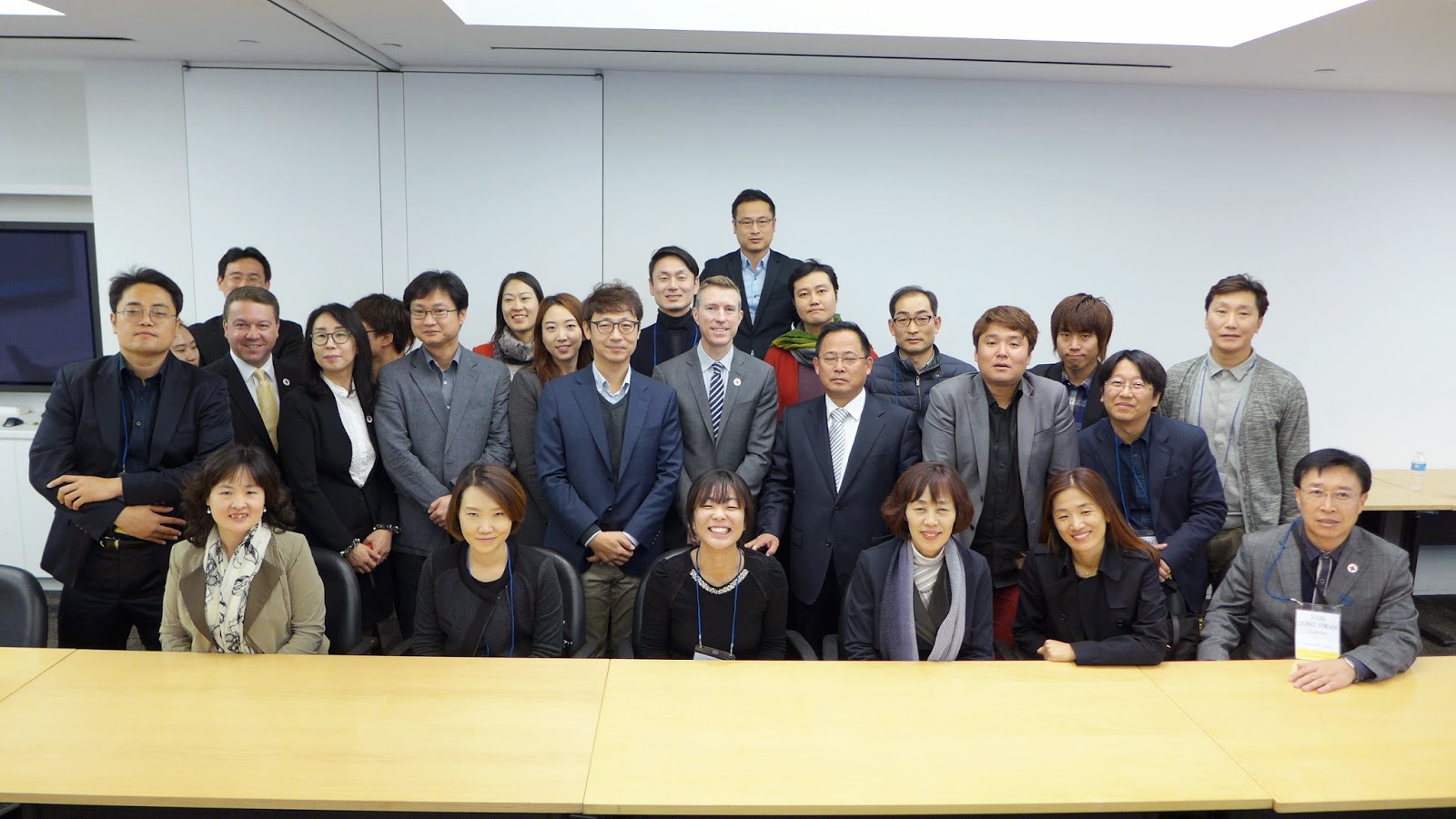 On Tuesday, October 28th, a delegation of over 30 individuals representing the Office of the Prime Minister of Republic of Korea (ROK) visited the headquarters of the American Red Cross in Greater New York. The delegation came to learn more about how the Red Cross prepares for and responds to local emergencies as well as large-scale disasters.

The group met with Regional CEO Josh Lockwood and Chief Response Officer Kelly McKinney who provided a brief presentation on Greater New York’s operations and provided details on the chapter’s specific responses to the East Harlem explosion in March 2014, Superstorm Sandy and the events of September 11, 2001.

Posted by nyredcross at 3:47 PM

Email ThisBlogThis!Share to TwitterShare to FacebookShare to Pinterest
Labels: Down the Street, South Korean Delegation