Since the tragic events unfolded in Orlando one week ago, the American Red Cross has been supporting first responders, impacted families and community members. While Red Crossers commonly seek to respond when they see neighbors in need, the massacre in Orlando has resonated in a different way with the LGBT and Latino communities within our mission. We spoke with Jack Hermann and Roxy Santiago about their experiences.

Jack is a long time mental-health volunteer for the Red Cross. He got involved on a whim while working at the University of Rochester in New York after taking a disaster mental-health class in 1993. Shortly after completing the course, he was deployed to the Northridge Earthquakes in California. Since then, he has deployed numerous times, including to the TWA 800 plane crash, Hurricane George and September 11. A licensed counselor, Jack served as a mental-health lead for the Red Cross in Rochester, NY and now, in Washington, D.C., he is the Regional Volunteer Manager for Disaster Mental Health at NHQ. 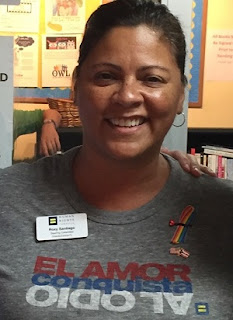 Roxy was born in Puerto Rico and lives in Thorton Park in Orlando, “not far from the fabulous Red Cross office.” She is a business owner and a volunteer with the Central Florida Red Cross. She says she volunteers in order “to give back. It’s in my heart.” After volunteering with the Human Rights Campaign and the Hispanic Caucus, she came to the Red Cross because she “wanted something that fulfilled another section of my soul, which was about helping everyone.”

Roxy personally knows the owner of the Pulse nightclub as well as lots of the bartenders who work there. She actually learned of the tragedy on Facebook from a friend who happens to be a bartender at Pulse. “I thought that [post is] strange, what is that about? I wondered what had happened, was she in an accident?” she recalled. “As I looked for more info, I realized this was not about a car accident or anything else. It was more than that.”

Roxy immediately jumped into action last Sunday and reached out to board members she knew well at The Center.

“Because of all the people I know and all the different foundations that I volunteer for, I would probably be needed most there to provide my input for people in the community and get the help we need as far,” she said.

Roxy helped to connect the Red Cross’ team of mental health and spiritual professional volunteers with the counselors at The Center. 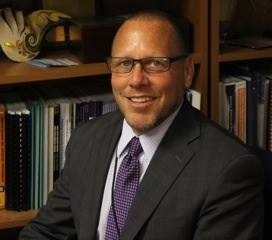 Jack’s first day as a counselor was spent in the Family Assistance Center, where first responders and community-based organizations gathered to support the families as they are notified of the status of their loved ones. Jack said the room was filled with emotion as families had to reconcile hope with reality.

Jack witnessed the very strong LBGT community in Orlando and said the outpouring of support is extraordinary. “Groups are coming together in partnerships for the first time, looking at each other as people versus sexual preferences,” he said.

Roxy also has been struck by the unity of the Orlando community.

“I’ve been at The Center and the donations I’ve seen from Amazon.com and food being delivered from Chilli’s and Chick-fil-a (which has not been known to be good to the LGBT community),” she said. “It’s just amazing to see all of this stuff coming in…Trader Joe’s…things are just flying in and we are working together to get them out.”

Jack is working closely with the City of Orlando, the Orange County Department of Mental Health and the Victims Unit of the FBI in a three-prong approach to identify the services and the structure the community will need in the days, months and years to come.

Jack explained that although communities prepare, this is not something you can be ever be totally ready for so building partnerships and drawing on the Red Cross expertise is essential. “The goal is to leave relationships and partnerships stronger.”

When asked how we can help Jack said, “Knowing people want to help, is help in its own right.” He added, “Reach out to the communities around you – the LBGT community, the Latino communities – and let them know you are there for them.”

Roxy added, “I want to say thank you. If you can’t be here in Orlando, just remember there are people, LGBT people, Hispanic people, in your own community. Every now and then just go and give them a hug and tell them you’re there. That’s the message we really want to send out: to start loving each other.”

Thank you to Jack and to Roxy and to all of our volunteers and partners for your commitment to the mission of the Red Cross and to the Orlando community.

Posted by nyredcross at 4:01 PM