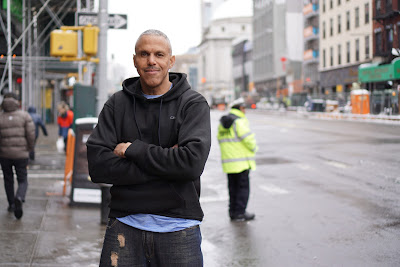 One Monday earlier this year, Queens resident Tico Flores awoke to popping noises. At first unable to place their source, he soon saw smoke entering his second floor room and knew his home was on fire. Thankfully, he was able to exit his building uninjured, but once outside he watched, powerless, as his Far Rockaway home was consumed by flames. The fire department soon arrived and put out the blaze, but the house was left beyond repair.

“I was thinking, 'where am I going to go?'” said Flores of his initial thoughts standing in front of his burned-out home. This anxiety was quelled a bit as volunteers from the American Red Cross in Greater New York approached him to offer some relief. As part of their assistance, they put up Flores and some of his neighbors in a hotel for a few nights.

“If the Red Cross wasn’t there," he said, "I don’t know where I would have resided.”

Along with temporary shelter, Red Cross teams also provided him with a debit card with some emergency funds, they helped plan out his recovery and they referred him to city agencies for additional relief.

"I had opportunities to sit down and figure out a game plan," he said, "and of course there was some money too. I had money in my pocket just in case anything popped up.”

“Everybody pulled through, they did what they were trained to do,” he said of those who helped him. “Thank God for the Red Cross.”

Posted by nyredcross at 2:22 PM