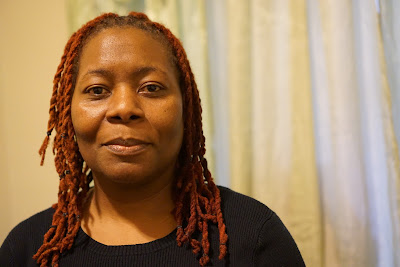 For this latest installment of “Three Questions…”, instead of highlighting a member of the Red Cross, we are featuring a recipient of our services. Last November, Cassandra Philip and her 20-year-old son Jaquan lost their Crown Heights (Brooklyn) home of 15 years to a fire. We recently met up with Cassandra to discuss the fire, their recovery and those who helped them get back on their feet.

My son and I were at home asleep and I smelled smoke. I smelled smoke and I thought maybe he [son] was burning toast. I didn’t wake myself. But then I heard a voice that said, ‘open your eyes'. When I opened my eyes, the television was on fire, the curtains, everything was on fire. I can’t tell you what that voice was cause there was only two of us living there and my son was asleep. I didn’t hear our smoke alarm go off. I would have heard it, it was in close proximity to my bedroom.

The fire hit the bed by the time I got up. I tried to throw water on it but it was like I was throwing kerosene on it. The smoke…you see it on TV but you could not believe the black smoke that I saw. My son was up and I was hollering to my neighbors to get out. My son grabbed his phone and keys and called 911. The fire department, thank god for us, is not far. It’s on St. John's and Schenectady. They were there so fast. As I was coming out the front door they were there.

What the fire didn’t take, the water did. And to make sure there was nothing in the walls, the fire department had to tear through them. My son’s areas were a little bit more spared than the rest of the apartment. He recovered his dresser.

But for me I lost everything. The thing that really hurt me was the picture of my mom and a watch my mom gave me. It's three years now she’s passed away. I can’t get it back. The watch didn’t actually work. The fact that she gave it to me is why I never got rid of it. Sentimental to me, yes, it’s close to me.

What happened after the fire? 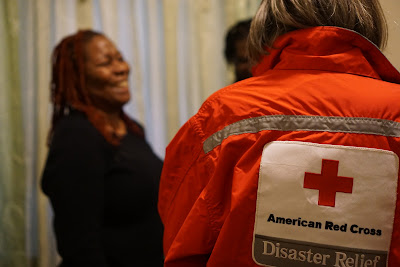 I went to the hospital. They said I had second degree burns on my foot. I had to have that dressed. And I’m also diabetic. So they were concerned about that.

When I got back from the hospital later that morning to meet with the fire marshal, a young man and a lady [from the Red Cross] showed up. They kept saying, ‘I’m so sorry that this has happened to you.’ He even gave me a hug which felt like a million, bazillion dollars to me at that point in time. It comforted me, it allowed me to just take it one step at a time, it told me someone cared. I know I have my son, but this is a complete stranger.

Their offer of a few nights at a hotel felt like heaven. I don’t know what heaven feels like but it felt like it. Before I knew about the Red Cross I said to my son, ‘Where are we gonna stay?’ He said we can stay upstairs. I said, ‘What? In a burned-out apartment?’ He said they’ll cover the windows and we would stay where his bed is. I said, ‘OK. I guess so. I’ll get a mask.’ We were going through this in our heads.

And a friend of mine came by with clothing and a jacket cause all I had on was my night wear. She said, ‘I went through my closet and you are a small so these things should fit you.’

And when I got to the Red Cross the next day and saw Patrick [caseworker], he went to get shoes, he went to get vouchers for glasses, a debit card so I could buy some things for me and for my son, some clothing.

Where are you today with your recovery?

It’s still tough but we are comfortable.

After the fire I spoke to the super and he said the landlord said to put me in the apartment on the first floor. He didn’t have to do that. Tuesday after the fire we moved back in the building. He’s already given me a lease.

The outpouring from everyone, from my church, from friends, from where I work out…they were giving and giving. I had to give away a living room set because two were given to me!

And when I’m ready, I would like to volunteer because I want to give back that same sort of love and attention, and it is love, that was given to me and my son. 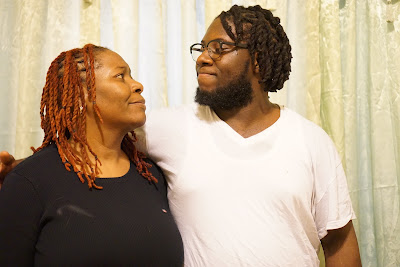 Posted by nyredcross at 1:00 PM