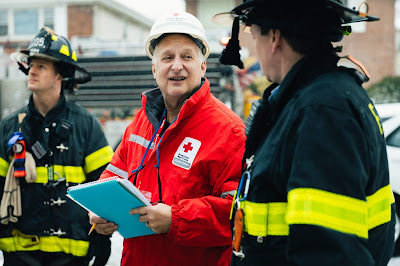 Mark Gordon joined the Red Cross as a volunteer in January of this year as a way to spend his retirement and give back to the organization that once helped his family after a fire. As part of the disaster response team, Mark takes shifts every week during which we assists people that have been affected by local disasters. In this interview he talks about what it means for him to be a Red Cross volunteer.

Why did you join the Red Cross?

It’s very interesting: four years ago, there was a fire in my mother-in-law’s apartment in Great Neck and it was burned to cinders. It was a horrible day, there was an ice storm and it was miserable. By the time my wife and I got there, the Long Island Red Cross was already there. These two nice young gentlemen were there talking to my mother-in-law and calming her down and giving all the services that we give.

I said that when I retire, that’s what I wanna do. I’m semi-retired now and my wife’s a school teacher, so I can’t really stay home. I need something to do. This was the perfect way to spend my retirement, giving back and thanking the Red Cross for what they did for my family. 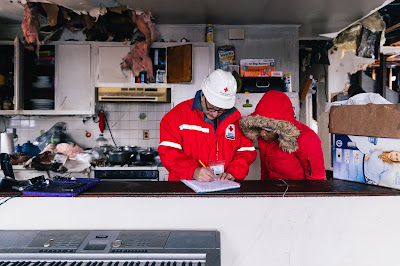 Did you find here what you were looking for?

Yes, and more so. I’ve been working almost 50 years now. And this is the only place where nobody has an ego. Especially, in today’s world, where everything is a zero-sum game. Meaning that for me to win, you have to lose. What I’m finding at the Red Cross is that nobody has an ego. The only way that I can win is if you win.

What is the most impressionable moment you have had at the Red Cross?

One of my first days out, it was right before Christmas and there was a grandmother and her two young grandchildren. It was a [building] vacate, and she was crying. It was a week before Christmas. Her grandchildren were probably in second and fifth grade. They were just there with their backpacks, not knowing where they’re going.

You don’t realize how lucky you are until you see people in need. That’s why I enjoy the Red Cross because we’re helping people at the time when they need it the most. It’s just such a nice feeling. 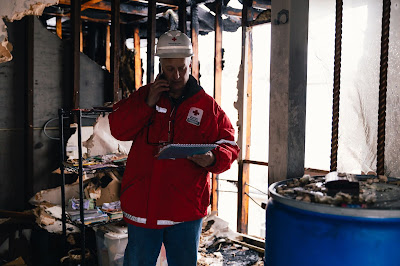 Posted by nyredcross at 1:37 PM