Since remnants of Hurricane Ida caused devastating flash flooding in our area, Red Cross teams have been working around the clock to provide safe shelter, cleanup supplies, emotional support, and more.
September 17 - Linda Jo Diamond is passionate about volunteering. Before joining the Red Cross, she was a Peace Corp Volunteer for 2 and a half years. Today, she is working as an Red Cross Caseworker for those impacted by Hurricane Ida. This is her first deployment. She said "I guess you could say I have the volunteer bug" On her work , she says "the community has embraced us and I love helping in some small way." If asked if she will deploy again, Linda Jo replied with a smile: "I just updated my availability." (Photo: Abigail Adams) 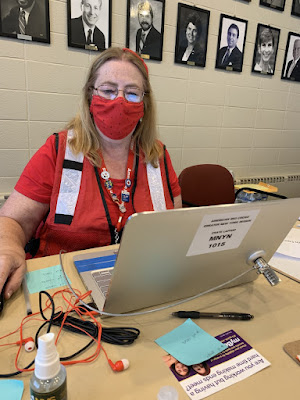 September 13 - Red Cross caseworkers have been working around the clock to help people impacted by Hurricane Ida. Susan Lund, who is from the Eastern Connecticut Chapter, says she does the work because she loves to help people. Red Cross workers, like Lund, bring hope to people when they need it most. She was given a paper flower by a woman she helped recently. The woman told her: "Yesterday I was depressed , today I am not because of you." (Photo: Abigail Adams) 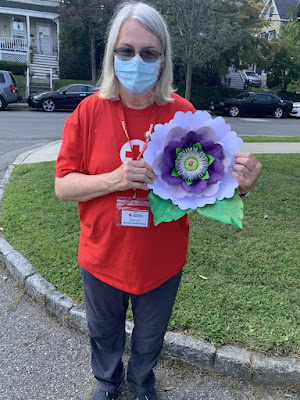 September 13 - Lisa is a relatively new volunteer with the American Red Cross Metro NY North Chapter and the response to Hurricane Ida was her first experience working in shelter. When asked what she did at the Mamaroneck facility supporting dozens of evacuees, she said: "I problem solved. I even put my Spanish into use. The work is incredibly rewarding." Lisa, who lives nearly, added emphatically: "This is my community!" (Photo Abigail Adams) 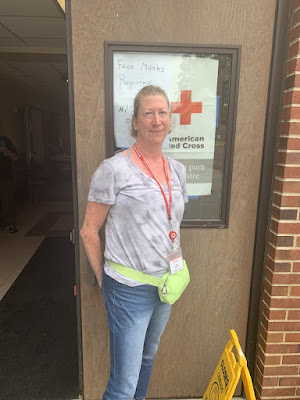 September 10 - Milton Parra was one of many Queens residents who welcomed a Red Cross cleanup kit. He explained how high the floodwater reached on his back fence and pointed to a new crack in his basement wall, from which he had already removed all of the sheetrock. He explained: "we don't have proper drainage here," and when the water got high this time, the cars riding up Astoria Boulevard made matters worse by creating waves which flowed down the alley behind his house. (Photo: Kevin Suttlehan) 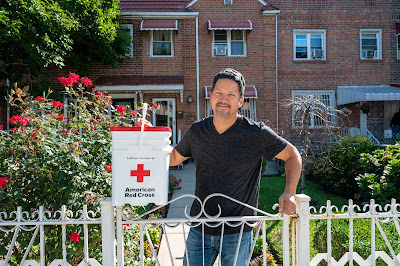 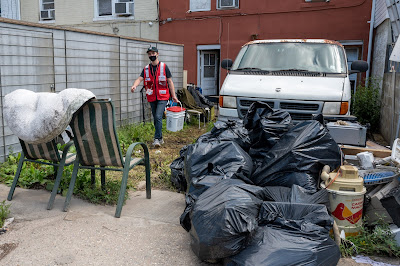 September 5 - Woodside, Queens resident, Max Pina had been cleaning his house for several days after Hurricane Ida. During the storm, the water outside his home rose as high as six feet and all his plumbing backed up. The walls in his house as well as his toilets and floors were all severely damaged. As Red Cross volunteer Mary Cueva handed him a clean-up kit, Max, relieved, replied “good timing!” (Photo: John Eng) 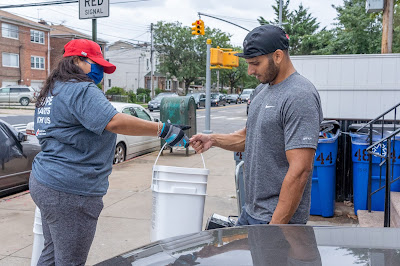 September 4 - Red Cross volunteers like Manuel and Bernadette are available to help NYC families affected by Hurricane Ida at any of the five NYC Service Centers located in each borough. 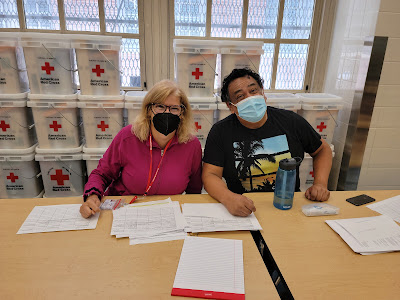 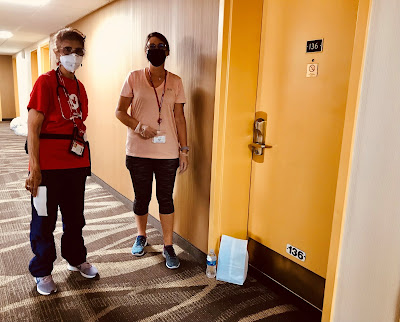 September 4 - Partner Bill Cusano from Meals on Main Street by Caritas shows his support of the community members staying at the Mamaroneck by delivering meals. 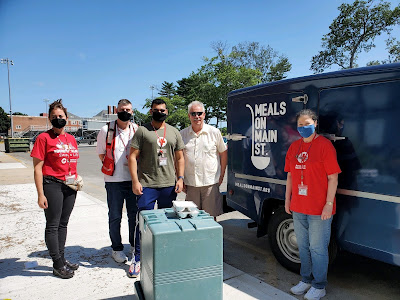 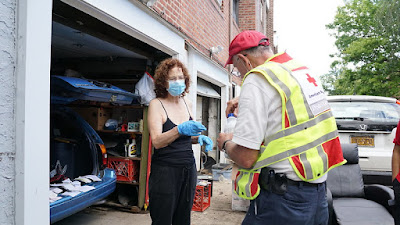 September 1 - After historic flooding forced Betty Montiero from her Mamaroneck home, she and her family found refuge at a Red Cross shelter. (Photo credit: Kevin Suttlehan) 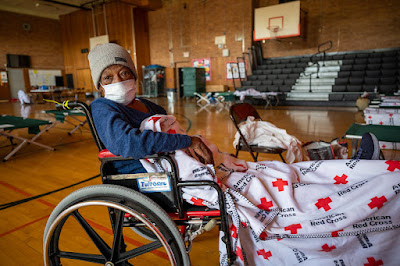 Posted by nyredcross at 1:20 PM