Veterans Who Serve With the Red Cross: Jerry Rothstein 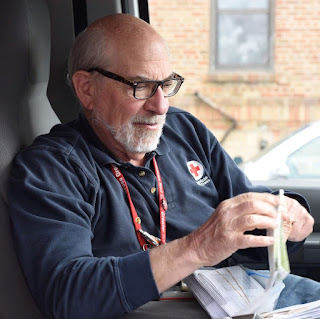 For Jerry Rothstein, service in the military and service as a Red Cross volunteer have each provided an eye-opening opportunity to get to know people from all walks of life.

In 1962, Jerry, who grew up in Brooklyn, trained as a medic at Fort Sam Houston in Texas. There, he met people from across the United States.

“As a kid that had grown up in the city and never had much to do with the rest of the United States, getting sent to Texas opened my eyes to a lot of people and a lot of things I wasn’t aware of before,” Jerry says.

After his stint in Texas, Jerry went to graduate school and spent the next five years as a reservist, serving two weeks each summer in the Civil Affairs unit, which would have been charged with running the national government of Cuba in the event that the United States went to war with Havana.

Over the past 13 years as a volunteer with the Red Cross, Jerry has continued to enjoy eye-opening adventures. On his first day on the job, he responded to a downed commercial airplane in the freezing waters off Manhattan, an incident known as the “miracle on the Hudson.”

As a Disaster Action Team supervisor, Jerry typically responds to fires, delivering services to people when they are most in need, a job that takes him to neighborhoods across New York City.

“One of my favorite things about being a volunteer is going to the different neighborhoods in the city, meeting different people and seeing how much there is to learn,” Jerry says.

Posted by nyredcross at 2:21 PM