Training the next generation of CPR and first aid instructors 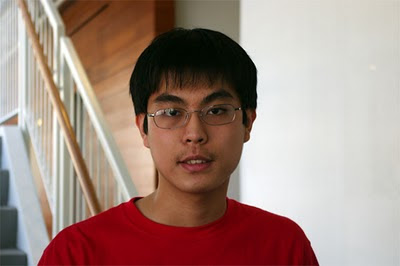 For Stuyvesant High School student and Manhattan resident Curtis Lim, there’s no such thing as senior slump. Two or three times a week, after a full day of classes in AP Calculus, AP Physics C, AP Economics, and AP Chinese, Curtis teaches CPR/AED and Standard First Aid to fellow students. So far he’s given 80 fellow students training that may help them to some day save a life. “It’s fulfilling,” Curtis says. “We’re giving them valuable skills. I plan on training 40 more students."

As a sophomore Curtis joined the American Red Cross Youth Group, and participated in the Chapter’s Instructor Aide program, spending the following summer at Chapter headquarters helping out in 13 CPR and First Aid classes. During October of his junior year, Curtis took the remaining courses to become a Lay Responder Instructor at the Chapter.

His involvement doesn’t stop there. Curtis is currently the president of the 150-member Stuyvesant Red Cross Club and worked on the “Let It Rock” fundraising concert held on April 2 at Greater New York headquarters and attended by over 200 young people. Before he leaves Stuyvesant, Curtis hopes to hold planning meetings to set up the club’s activities for next year, which will include training students to do community outreach and preparedness-training sessions.

In July 2009 Curtis received a Youth Volunteer Recognition Award from the New York Red Cross that cited his contributions to disaster planning and response. Even though Curtis will be moving on to Dartmouth College, he’ll take his Red Cross credentials with him. Who knows how many more students he’ll instruct in the future?