"I was very happy with my life and I wanted to give back." 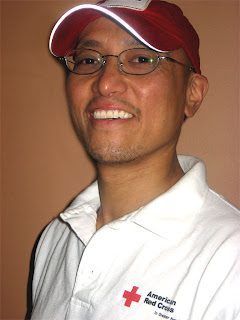 It seems that Gary Chin became a volunteer at the NY Chapter in late 2004 out of sheer exuberance: “I was very happy with my life and I wanted to give back,” he said. Since then, Gary has worn many hats at the Red Cross—responder, Disaster Action Team (DAT) member, volunteer partner to the Assistant Director of Disaster Staffing, and a Volunteer Quality Assurance Board member.

But it is going out on a response that Gary has always enjoyed the most. Recently he became the captain of one of Brooklyn’s three DAT teams. Gary particularly relishes the leadership skills he’s called on to use in his new role. “Now,” he says, “I’m not just waiting to respond, I’m developing my team to keep them as engaged and as prepared as possible for our team responses.” In his quest to be the best possible manager, Gary has been reading books like Three Signs of a Miserable Job. “Despite the title it’s a management book,” he says. “Being a volunteer is kind of like a job, but for people to stay engaged, they need to feel they’re not anonymous, they need to feel satisfaction.”

Gary describes the personal satisfaction he derives from being a Red Cross volunteer: “I love what I do and I wish I could do a lot more. Invariably, the people we help during a response say something like ‘Thanks for being there.’ People feel like they’re being listened to.” Gary’s now busy making sure his Red Cross team members feel the same way.

Gary Chin, Ridgewood, Queens
Posted by nyredcross at 11:16 AM