"I love that I can use my native language to bring information about emergency preparedness to the Latino community in New York City." 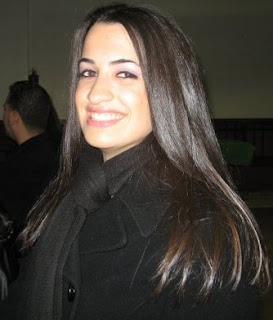 While working on her bachelor’s degree in community health education at Hunter College, Elizabeth Ureña volunteered for an internship that looked like a perfect fit with the academic skills she was acquiring. From June 2009 to December 2009 Elizabeth interned in the Community Outreach Department at the NY Red Cross, where she trained to give “Ready New York” preparedness presentations and children’s programs on basic health and safety. A major benefit of doing community outreach, she said, has been the enjoyment she’s gotten from going out and meeting different types of people.

As her internship was coming to a close and graduation was looming, her supervisor, Catherine Lague, Assistant Director of Community Outreach and Preparedness, invited Elizabeth to continue working in the department as an AmeriCorps State volunteer. During this 10-month-long commitment she would participate in disaster preparedness and response programs at the NY Red Cross.

Elizabeth accepted, and began after her graduation from Hunter. Most of the preparedness programs she coordinates and presents are given in Queens, but she also helps out in the other boroughs.

Additionally, as an unexpected perk of volunteering, Elizabeth says she speaks better Spanish. Both her parents were born and raised in the Dominican Republic, so growing up, she spoke Spanish at home and even had some difficulty learning English. But after starting school, Elizabeth’s Spanish became less polished as her English-speaking skills improved.

“Even though my Spanish is not the best, I love that I can use my native language to bring information about emergency preparedness to the Latino community in New York City,” Elizabeth said. “And I know that the chance that I have had to work with both English and non-English speaking populations will help me work with vulnerable populations in the future.” Elizabeth plans to pursue a master’s degree in public health which she will use to continue to help people in need.

Elizabeth Ureña from East Elmhurst, Queens
Posted by nyredcross at 11:00 AM