“When I needed help the most, the Red Cross was there.” 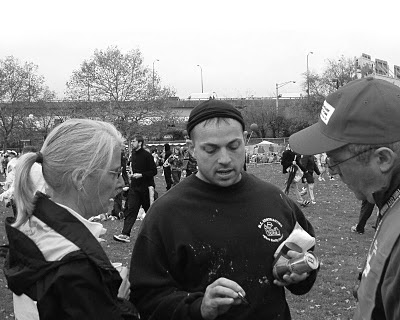 The Red Cross touched Mike Curtin in a profound way; so when Mike heard that a team from the NY Red Cross was participating in the 2009 ING NYC Marathon, he knew that he had to be part of Team Red Cross.

While Mike was serving in the US Army at Fort Bragg, NC, in 1995, his dad suddenly passed away. Distraught to learn that he was not going to be granted leave from his duties, nor could he afford the trip home to attend the funeral, Mike turned to the Red Cross’ Service to the Armed Forces unit. The Red Cross was able to get Mike the time he needed and emergency financial assistance for transportation to the funeral.

As a way of giving back, Mike successfully raised more than $2,500 for the NY Red Cross as he crossed the finish line at the 2009 ING New York City Marathon. “Red Cross and running saved my life,” said Mike, who became a runner two years earlier to improve his health. “When I needed help the most, the Red Cross was there. Now I’m there for them.”