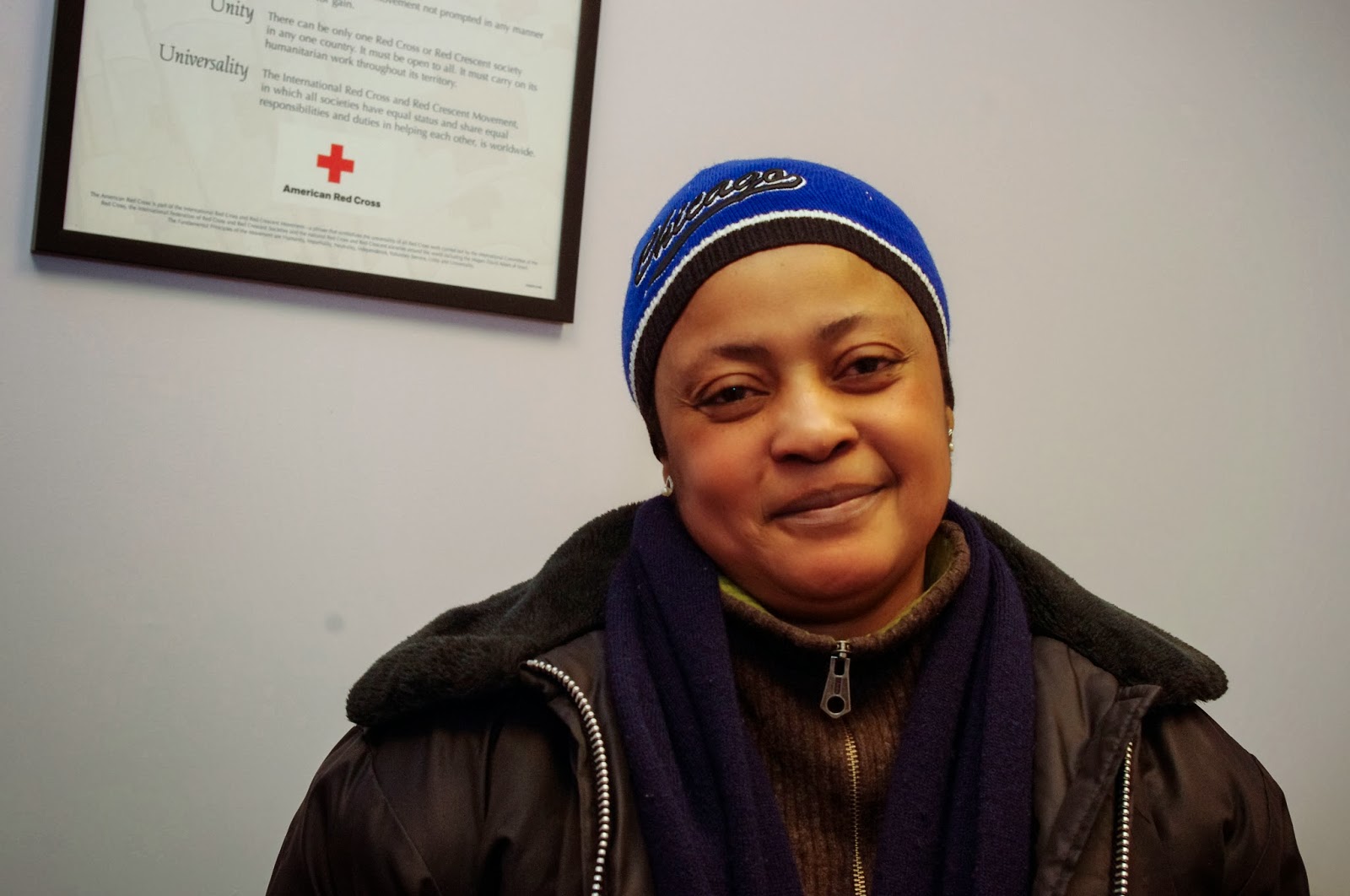 Although Imeh Cuthbertson and her husband had had problems with the power in their Bronx apartment for some time (for example, if their bedroom light was on, their kitchen light was likely to be off, and vice versa), Imeh never expected those problems to escalate into a fire.

But in mid-December, that’s exactly what happened. Imeh, who emigrated from Liberia in 2004 and works nights as a security guard in Queens, and her husband, who came to the States from Nigeria somewhat earlier, went out to an early appointment at 6 am.

When they returned a few hours later, they received a shock: Their street was filled with people and police, and their apartment had been destroyed by an electrical fire.

“I couldn’t take anything out of my house. It was all burnt," she said. "All that I sweat for, all that I worked for!” She despaired, “How am I going to start life over again?”

Imeh had heard that the Red Cross helps people after fires. Yet when the Red Cross worker on the scene first approached her, Imeh was too upset to speak with her.

“The Red Cross lady came in, and she said, ‘How you doing, ma’am?’ She walked with me; she was so sweet, she was so kind, even though I was crying. She almost burst into tears, too. She said, ‘You relax; when you’re ready you come to me.'”

After a time, Imeh calmed down. She conferred with the responder, who provided her and her husband with emergency housing at a local motel, and a debit card with funds for emergency food and clothing. Imeh later came to Greater New York Red Cross regional headquarters in Manhattan, where a caseworker helped her with next steps.

“We never know what tomorrow has for us,” Imeh said. “Anything can happen. And if anything does, I think Red Cross is the best."
Posted by nyredcross at 3:26 PM

Email ThisBlogThis!Share to TwitterShare to FacebookShare to Pinterest
Labels: Disaster relief, Down the Street, Fire, The Bronx