As part of a regional contest, we asked our Greater NY volunteers to tweet out why they volunteer, using the hashtag #WhyIVolunteer. Below is a spotlight of contest winner Denise Allen (with her prize), whom we chose at random, along with a selection of the entry tweets we received. 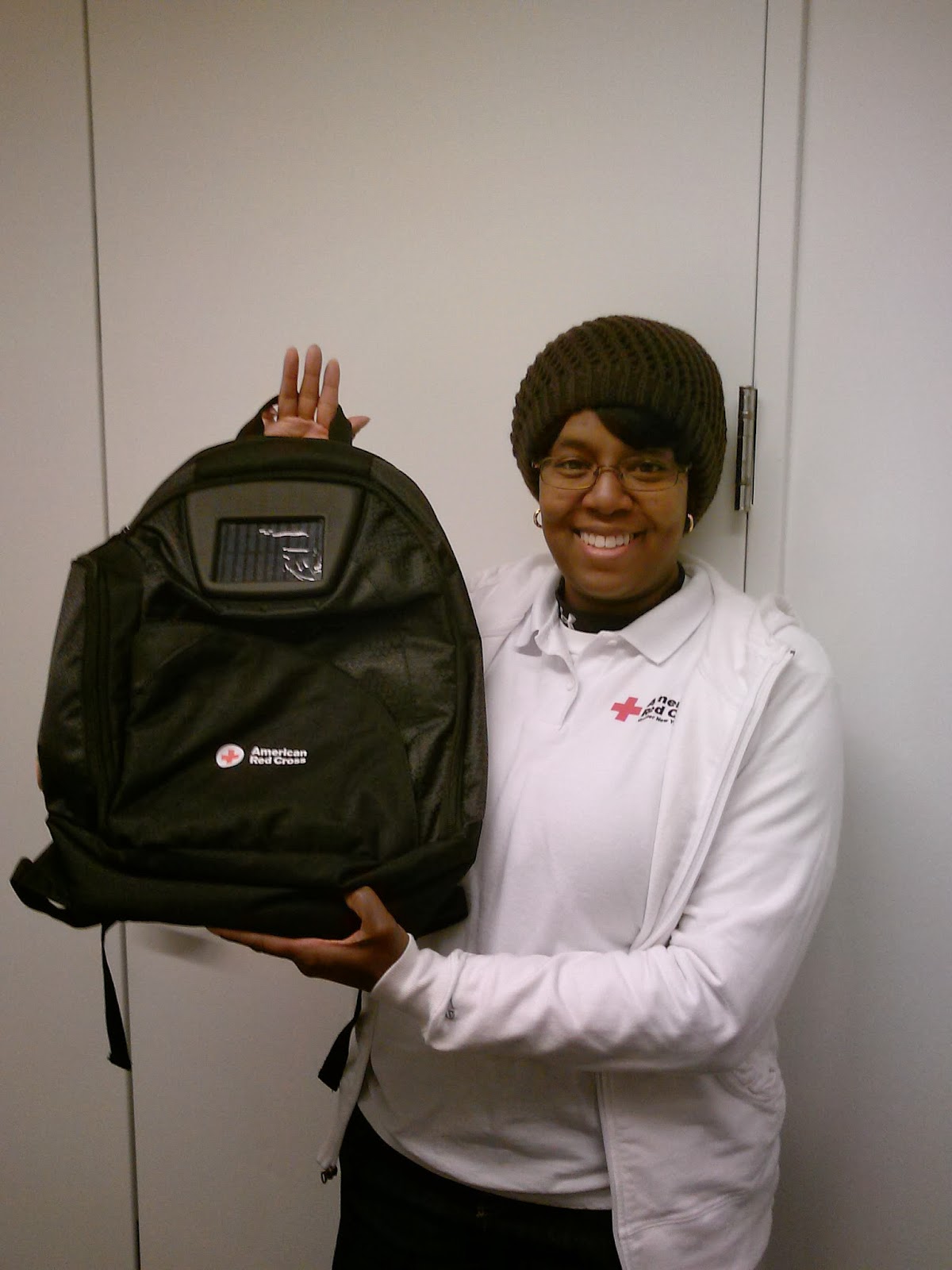 Denise Allen was born and raised in Brooklyn and works as a train conductor with the New York City Transit Authority. She started to volunteer for the Greater New York Red Cross in February 2013 and is a member of the Brooklyn Disaster Action Team (DAT), which responds to disasters throughout that borough. Denise says that having overcome difficult times in her life while feeling as if she did not have adequate support led her to join the Red Cross. "I am now able to be that person for victims of disaster to turn to for help, comfort and reassurance. The 'thank you' I receive from people we help is worth a million dollars to me."


@Redcrossny I feel the need to help. It makes me feel good knowing that I've made someone else's life a little better. #WhyIVolunteer
— Denise A. (@Nisee6) January 17, 2014


"The reward is the satisfaction that comes from serving." #WhyIVolunteer @redcrossny
— Lucas Almonte (@RealityIsMadeUp) January 17, 2014


I like to justify my use of oxygen on a regular basis. #WhyIVolunteer @redcrossny
— Mary O'Shaughnessy (@oshma) January 17, 2014

Posted by nyredcross at 4:03 PM