From the beginning, African Americans have played an important role in the mission of the American Red Cross. Here we salute the accomplishments of some remarkable individuals who achieved recognition and prominence through service.

Frederick Douglass (1818-1895)
Advisor to Clara Barton
African American involvement in the American Red Cross goes back to the beginning of the organization. After the Civil War, Clara Barton, founder of the American Red Cross, met with famed abolitionist Frederick Douglass and talked about establishing a Red Cross Association in the United States. Mr. Douglass supported Miss Barton's efforts and continued to support the work of the Red Cross after it was founded in 1881. 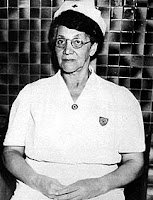 Frances Elliott Davis (1877-1965)
Red Cross Nurse
In 1915, Frances Elliott Davis, a professional nurse at Freedman's Hospital in Washington, D.C., applied for American Red Cross service. Undeterred by initial rejection, Ms. Davis persisted and in 1917 became the first African American Red Cross nurse officially approved by the organization. Her nurse's pin was inscribed with "1-A" on the reverse. The "A" designated the wearer as an African American, and this practice continued until 1949. 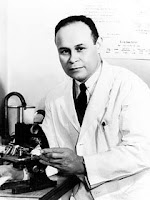 Dr. Charles R. Drew (1904-1950)
Medical Pioneer
Anticipating the need for a stockpile of blood reserves if the United States entered World War I, the U.S. government asked the Red Cross to establish a program for blood collection and plasma processing for the military. The pilot center was set up through the Red Cross chapter in New York City and began operations at Presbyterian Hospital in February 1941.

Dr. Charles R. Drew, one of this nation's foremost physicians and a pioneer in blood collection and plasma processing, was chosen as medical director of the project. This National Blood Donor Service for the military was later expanded to include a blood program for civilians and was the forerunner of today’s Red Cross Blood Services. 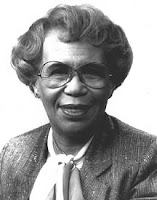 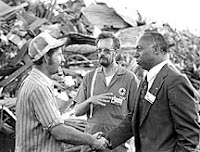 During his term as American Red Cross chairman, Dr. Holland took the lead in consolidating the growing laboratory operations of Red Cross Blood Services programs. Because of this, a 110,000 square foot biomedical research and development facility in Rockville, Md., was named the Jerome H. Holland Laboratory for the Biomedical Sciences in his honor.
Posted by nyredcross at 9:54 AM