Helping Those Who Serve 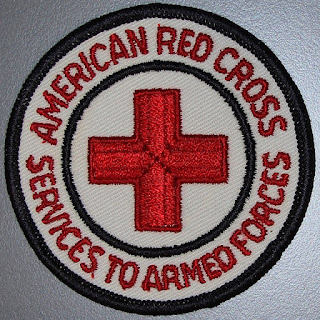 The American Red Cross Service to the Armed Forces (SAF) program works to help the military, their families, and veterans prepare for and cope with the challenges presented by serving in the military.

Marilyn Vallejo, a resident of Long Island, is one of many volunteers here in Greater NY who dedicate their time to supporting our service members, but her work with the Red Cross started as a volunteer with the Disaster Response team. In 1996 while working as a licensed clinical social worker for the state of New York following the crash of TWA Flight 800 off the coast of Long Island, Marilyn was introduced to the Red Cross who had staff on the ground helping those who had lost loved ones. Soon after, she joined the Red Cross as a volunteer to do disaster relief work herself.

With SAF, Marilyn uses her experience in the mental health field to help facilitate groups with veterans, active military, family members, and military children. These Reconnection Workshops, as they are called, work to ease the stress and challenges associated with entering the military, leaving for deployment, and returning home.

Recalling her work over the past eight years, Marilyn says there is one experience that stands out to her. One of the groups that she ran was an anger management workshop at Fort Drum in Northern New York. At that time, Marilyn said she left feeling like there was more she could have done for those taking part. However, two years later while holding another session in New Jersey, one of the women in attendance recognized Marilyn. The woman had been at the group at Fort Drum and said that the group had helped save her marriage.

“We stood there and cried and hugged,” said Marilyn. “I thought I did a terrible job that day, but you just never know when there’s people listening and what they’re hearing.”

And Marilyn has a personal connection to the military: her husband is a Vietnam War veteran and her brother also served.

“The first time I heard about the Red Cross my brother was in Germany and got hurt and my mother, who had never flown before, was flown out by the Red Cross," said Marilyn. “It just touches people and most people know someone or have been personally touched by the Red Cross in some way. It’s an organization, but inside of that organization is such a human heart.”

Marilyn’s passion and commitment has motivated others, such as Mozelle McQuade, to lend their mental-health expertise to the SAF program.

Following 9/11 Mozelle joined the Red Cross and was inspired to work, specifically with the Service to the Armed Forces program, after hearing Marilyn speak at a Department of Mental Health meeting.

Mozelle, like Marilyn, facilitates workshops and teaches other mental-health professionals how to hold these sessions. Having worked as a therapist to military personnel who returned home from the Vietnam War, Mozelle said she sees firsthand the impact of what Service to the Armed Forces and the Red Cross in general provides.

When soldiers returned home from the Vietnam War, she said, no one was discussing Post Traumatic Stress Disorder and very few services were provided to those returning home.

“I think that now the military is more aware, and I love the fact that the Red Cross is right there on the front lines with them.”

Through Reconnection Workshops, Mind-body Workshops, therapy programs, and more, SAF provides relief to military personnel before, during, and after their deployments.

“It is as meaningful to me as I hope it is to the people that I’m working with," Mozelle continued. "I get more from them than I think I give back and it’s just a nice thing. It’s an amazing piece of my life right now.”

To learn more about how the American Red Cross helps service members and their families visit https://www.redcross.org/about-us/our-work/military-families.html
Posted by nyredcross at 4:57 PM