"Three Questions" is an American Red Cross in Greater New York blog series featuring staff, volunteers, and partners who help carry out our humanitarian mission. Through these short interviews, we hope to shine a light on our different programs and get to know those who make this work possible. 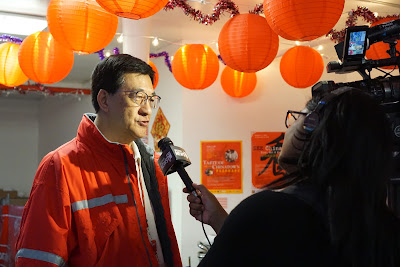 Henry Chu, a retired business owner, joined the American Red Cross in Greater New York as a volunteer nearly five years ago. At the Red Cross, Henry completes two to three shifts a week as a disaster responder. In this role, Chu helps provide assistance to New Yorkers affected by local disasters like fires, floods, vacates and building collapses. In addition to supporting the Red Cross locally, Chu at times deploys outside of New York following large-scale emergencies. In 2017, he been deployed to Houston to help Hurricane Harvey relief. In his spare time Henry gives bicycle tours of Manhattan, some of which are 8-hour tours through multiple boroughs. Chu also volunteers with other organizations.

What did you hope to find by volunteering with the Red Cross and have you found it?

Volunteering for the Red Cross gives me a platform to be able to go out and help other people and also to meet other people that share the common goal of helping out those that are in need, using resources to benefit those who really need help. It’s very fulfilling. I’ve been with the Red Cross for five years. The Red Cross is a family. You come in here and everyone says hello to everybody. No one is a stranger here.


What’s been challenging for you?

The most challenging part would be that you don’t know enough to do a better job. What you know is maybe sufficient to do a good job and once you represent the Red Cross you’re going to want to do a better job. I will never say that I have learned enough. It’s difficult to push yourself to do better than you’re already doing. I find it happens when you’re responding to any major hurricanes or floods. Being on deployment and seeing that there are so many things that need to be done. And what you can do is limited. 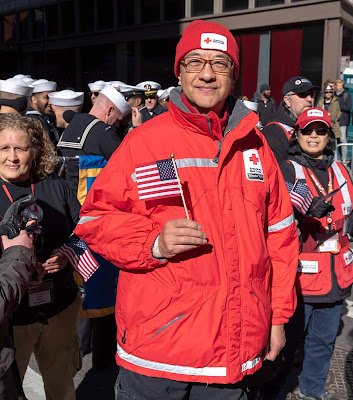 What was your first volunteer experience?

One of my first experiences was working during Hurricane Sandy [with another organization]. It’s still fresh in my mind. During Sandy I was a case manager. I was out in the field and I was going door to door to see the people that needed help and then we provided assistance to them. All the people that we helped were undocumented. It was a struggle because in the beginning a lot of people are not sure who you are. Since they’re undocumented they’re reluctant to talk to you or get help from you even though they lost everything. That was the greatest struggle, trying to tell them that we’re not a government agency and that we don’t share information with government agencies, that we’re an independent charitable organization that is there to help people that suffered because of the hurricane.