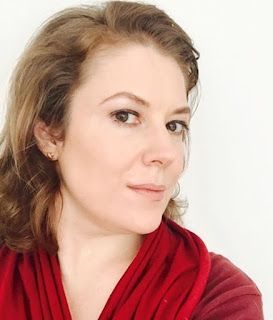 The first time Katharine Ristich ever had to perform chest compressions on someone, it was nearly 11 years after she had first been trained in it.

It was also on her 81-year-old father.

“You see your father’s face turning purple, you know you have to do something,” said Ristich, who moved in with her father to take care of him in light of the COVID-19 pandemic. “And I just immediately sprang into action.”

Ristich, who works as a medical editor, initially volunteered with the Red Cross during the 2009 New York City Marathon, where she went through a four-hour training course which covered staffing certain portions of the race, how to handle runners with injuries, and perhaps most importantly in hindsight, hands-only CPR.

Later, Ristich volunteered her time at shelters run by the Red Cross and New York City during both Hurricanes Irene and Sandy, and also served as a blood services volunteer from time to time, where she interviewed prospective blood donors to ensure that they were eligible to give blood. She was drawn to volunteer due to a family connection to the organization: her great-grandfather Vasa Isailović assisted displaced persons in 1945 in his role as a district leader with the Serbian Red Cross. 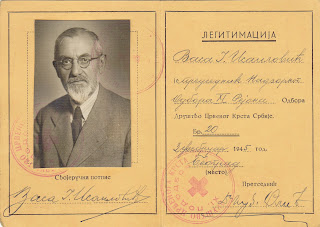 All of this served as vital preparation for perhaps one of the most frightening situations any person could find themselves in.
On July 2, Ristich was sitting in her father’s home in Manhattan when suddenly, her father choked on a piece of bread and ran straight to the bathroom.

“At first, I thought he was going there to vomit, because he didn’t make a sign that he was choking,” said Ristich. “But then I didn’t hear anything, so I went to the bathroom and I saw that he was trying to perform the Heimlich maneuver on himself, so I stepped in and tried to perform the maneuver.

Ristich’s father’s face eventually turned purple and he quickly collapsed, taking Ristich to the ground with him. From there, she immediately went straight into CPR, performing chest compressions until her father became responsive once again.

“From collapse to recovery, it was about three minutes. I started doing the CPR, and I was shouting ‘Daddy, daddy,’ over and over again, so that if and when he came to, he would respond, and if he knew that he was talking, then I could prop him up and wait for emergency responders to arrive,” recalled Ristich.

A day after this incident, Ristich’s father was resting comfortably at home setting up a new computer. 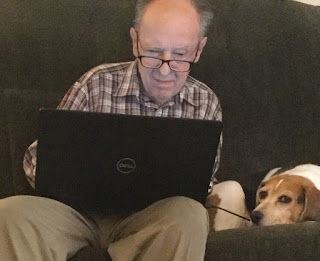 Ristich is immensely grateful to the Red Cross for teaching her how to perform chest compressions, which ended up helping her save her own father’s life.

"For traditional CPR, I had gone through training before in high school, and at the time, I remember thinking, ‘How am I ever going to remember to do all this if there’s a real emergency?’ So, it’s great that I learned from the Red Cross the hands-only version of CPR.”

Earlier this year, Katharine was awarded the Red Cross Certificate of Extraordinary Action for lifesaving efforts.

To learn Hands-Only CPR click here. To register for other lifesaving classes click here.
Posted by nyredcross at 12:21 PM