Surveying Ida: on the Street with a Disaster Assessment Team 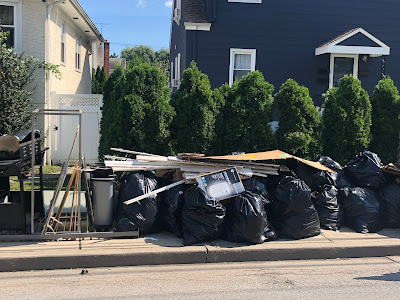 Matthew Bush stood outside his flood-damaged basement apartment in Mamaroneck, N.Y., surrounded by the few possessions he and his 9-year-old son had managed to salvage. A waterlogged photo album was drying in the sun along with a baseball glove, a metal file cabinet and a soggy baseball-card collection.
“It was wild,” Bush told Red Cross Disaster Assessment volunteer Brian McMullan, describing the night Hurricane Ida struck. “My son jumped out of bed at like 9:30 and said, ‘Dad, there’s water in the house!’”

The Bushes quickly escaped to the home of a neighbor, helpless to stop the 6 feet of water that rushed into their apartment, destroying or displacing most of the belongings collected during the three-plus years they had lived there.

“My son had about 20 fish,” Bush said. “We found one of them in the bedroom. Don’t know where the other 19 are. He was pretty shook by that.”

A decorative candle that had been displayed on a wooden board was found seven houses down the street. But Bush was most heartbroken to see the ashes of his deceased father “floating in the water” after spilling from an urn.

McMullan, a longtime Red Cross volunteer who has assisted victims of several hurricanes, listened sympathetically to Bush and took photos of his home for the damage report he would file. After Bush said that he’d slept in his mother’s car the previous night, McMullan advised him to go to the nearby Service Center for assistance from the Red Cross and other agencies. 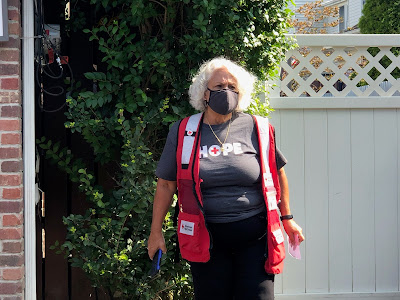 For McMullan and his wife Linda, also a volunteer, stories like Bush’s are sadly all too familiar. During nearly two decades of service, the Suffern, N.Y., couple have teamed up to help people in the aftermath of fires, hurricanes (including Houston’s Harvey) and other disasters. The most memorable parts are often the appreciation of the victims.

Speaking of their work during some large disasters, delivering food to affected communities, Linda recalls, “When you do a route for a few days, you end up getting pictures created by the kids: ‘Thank you, Red Cross.’ One woman (in Houston) was so distraught, and she wanted us to pray with her. She gave us a little prayer: ‘Thank God for the Red Cross. Thank God for the people who are helping us.’ Those moments are really touching.”

On this day in Mamaroneck, more than a week post-Ida, the streets were still littered with storm-related debris including a destroyed oil tank, a shattered front door and a mangled drum set. One woman showed Linda three cars in her driveway that had been damaged by floodwater that rose midway up the vehicles’ windows.

This was the fifth straight day the McMullans had spent on the streets of Mamaroneck, Port Chester, N.Y., and Greenwich, Conn., surveying damaged homes and handing out cleanup kits. Yet they showed no signs of fatigue and stopped to spend a few minutes with every resident who approached them.

At the Bush apartment, Brian classified the damage as “Major” and sent a report in through an app on his phone. It was the first step toward getting financial assistance for Bush and his son — which they soon received— and the harried father was grateful.

“I’m exhausted,” Bush said. “I feel like I went to alien land for a week and am now getting back to civilization. I’m so thankful I saw you guys.” 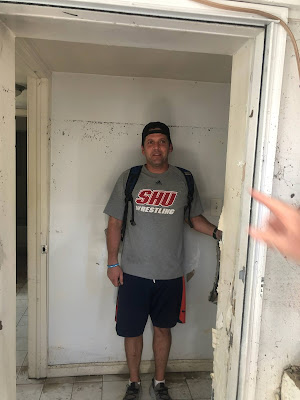 Posted by nyredcross at 9:18 AM