Never too late to say "Thank You" 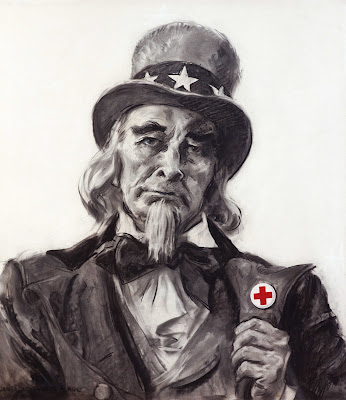 The American Red Cross receives numerous calls from people who want to say “thank you” for the services they’ve received. One such recent call came from a man who wanted express his gratitude for assistance dating back 65 years.

During World War II, Lawrence Hoffman was recovering from injuries in Bournemouth, England. As a result of repeatedly being moved from hospital to hospital, he had not received his military salary for several months. Fortunately, someone put him in touch with a representative from the Red Cross. In addition to providing Lawrence with emergency financial assistance, the Red Cross also contacted his parents to let them know where he was and how he was doing.

Lawrence, now 85, lives in Great Neck, New York. “I hadn’t thought about it for many, many years,” he said. “Then I came across some notes I made years ago, and thought I should call the Red Cross to tell them how much I appreciated what they did for me.” Lawrence didn’t just call to say “thank you,” he also wanted to make a donation to the Red Cross in honor of the assistance he received more than six decades ago.

Through the American Red Cross’s Service to the Armed Forces (SAF) program, the services Lawrence received during World War II are still being made available to members of the United States military. Through SAF, the Red Cross provides military personnel and their families with emergency communication resources, financial assistance and community-based support.

Learn more about SAF.
Posted by nyredcross at 4:10 PM

Email ThisBlogThis!Share to TwitterShare to FacebookShare to Pinterest
Labels: Around the World, Down the Street, Service to the Armed Forces