Creating Community: What I learned during my time at the Red Cross 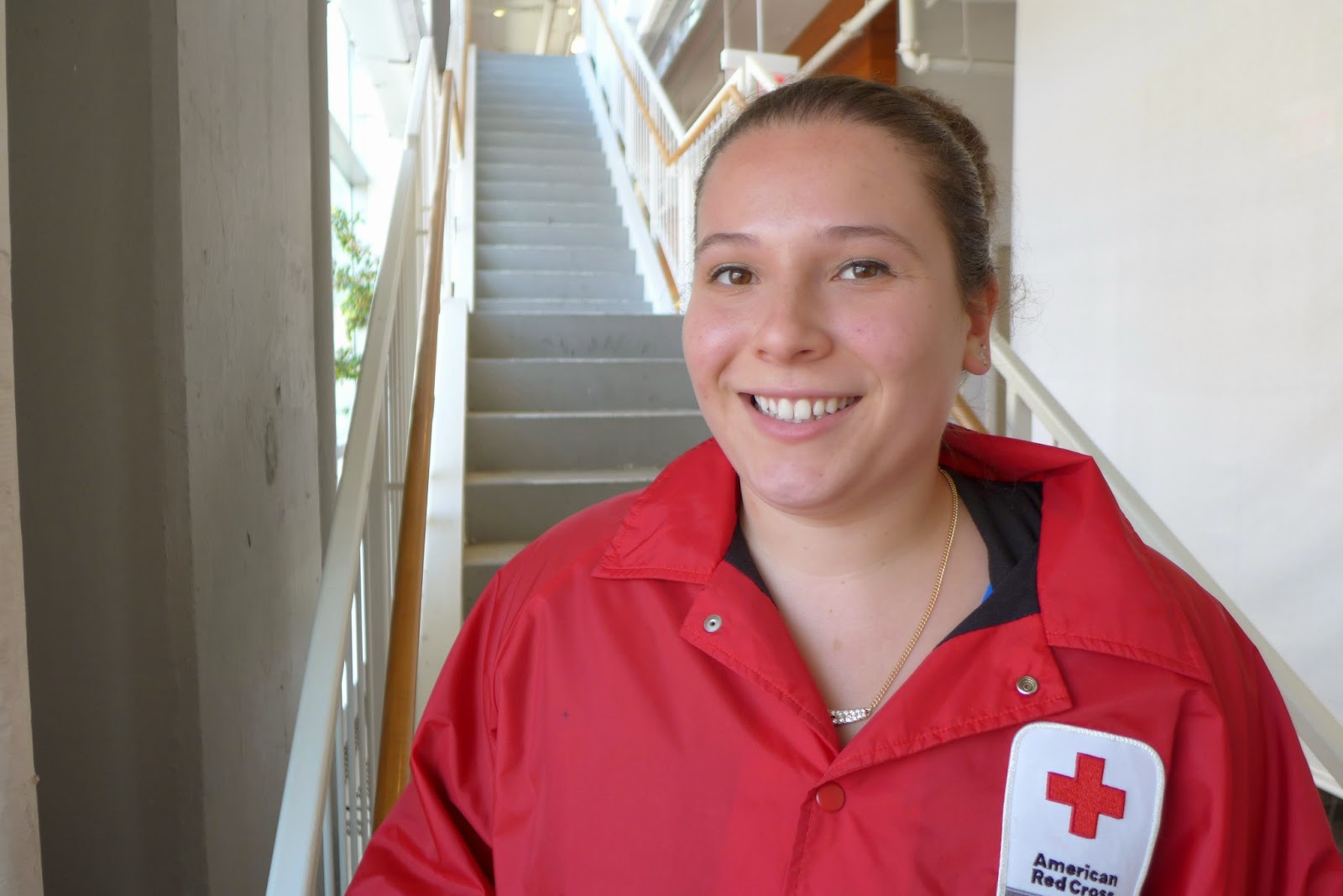 On a hot Monday in August I found myself standing on a street in the Bronx wearing a bright yellow and red reflective vest with two American Red Cross Disaster Action Team (DAT) volunteers. They were assisting a woman who had lost her apartment of 15 years in a fire. She had just returned from the hospital, and, for someone who had just lost her home, she was surprisingly calm.

While I and the other DAT members were speaking with her, a young boy passed by, dribbling a basketball. “I’m glad you’re okay!” he yelled as he waved in our direction. The woman smiled and waved backed. I thought at that moment that this experience, although small, wholly summed up my time interning with the Red Cross.

Before this summer, other than donating at the occasional blood drive, I had not interacted with the Red Cross. I was somewhat familiar with disaster relief, but had never quite taken that step to volunteer. So when I received an internship offer from the Communications Department of the Greater New York Red Cross Region, I eagerly accepted. What I learned about their work was much greater than I could have expected.

Interning with Communications, part of my job was to speak to with families who were helped by Red Cross volunteers in order to write their stories. I quickly learned that it doesn’t get easier listening to people tell the story of what may very well be the one of the worst days of their lives. Although all of these people came from different backgrounds and had suffered disasters ranging from fires to floods.

I realized they all had one thing in common: hope. There was a certain smile that appeared on someone’s face when he or she talked about that one special Red Cross caseworker or volunteer who had helped them through their difficult time.

The Red Cross creates a community for those who have experienced disasters; it creates a place where they can turn for reassurance that their hard time will end. It provides them with resources to help them effectively recover, and a case worker to help ensure that they do.

So as I stood on that corner, watching this woman surrounded by her children and neighbors, I realized that community is what helps people truly recover from disasters. It’s the love and kindness of the people around you. By providing people with a place to turn, the Red Cross creates a community of resources and support, while simultaneously helping people preserve their own communities.

I was happy that this woman and her children would have a place to stay only a few blocks away from her neighborhood, so she could return and see the people she cared about the most. As the Red Cross van pulled away from the Bronx building, I was satisfied to know that we’d helped make her life just a little bit easier. Sometimes all you need is a simple “glad you’re okay!” to help you through the day; but for those times when you need a little bit more, it’s reassuring to know that the Red Cross is there to help.

Posted by nyredcross at 4:59 PM

Email ThisBlogThis!Share to TwitterShare to FacebookShare to Pinterest
Labels: Disaster Response, Down the Street, Interns