Yankee Fans Step Up to the Plate for the Red Cross 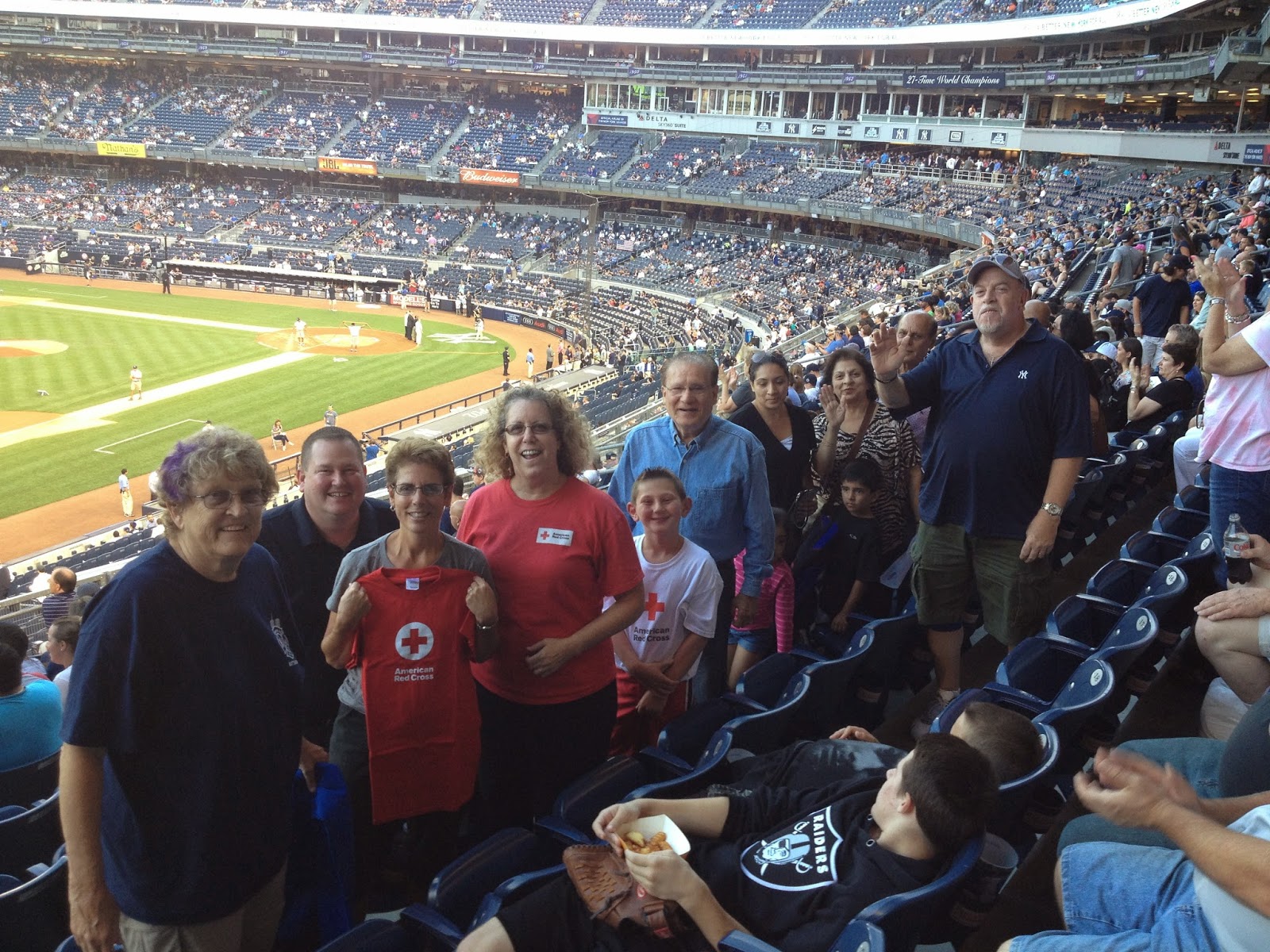 A total of 70 people, including Red Crossers from Greater NY and even out of town, took advantage of the opportunity to purchase reduced-cost premium tickets to the August 20 Yankees vs. Astros game, with a portion of the proceeds going to support the humanitarian mission of the American Red Cross.

Additionally, the first 50 game attendees received a Red Cross t-shirt and all attendees were automatically entered into a raffle to win four complimentary tickets (valued at $1,200) to a Yankees game held before Derek Jeter's retirement.

“We thank all those who bought tickets supporting the Red Cross mission of helping those in need,” said John Miller, CEO of the Long Island Red Cross, who attended the game. “I’m proud to say that Long Island Red Crossers were well represented at game, wearing their red, white and blue!”

Posted by nyredcross at 9:53 AM