The New York Red Cross Through the Lens of Marko Kokic 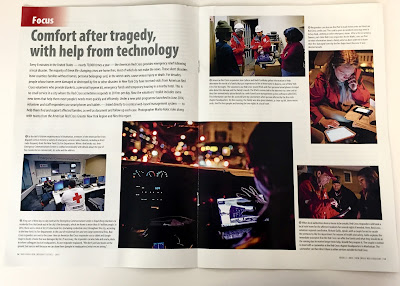 The Greater New York Red Cross is proud to have our volunteers featured in the October 2015 issue of International Red Cross Red Crescent (RCRC) Magazine. Red Cross and Red Crescent National Societies provide a range of humanitarian services, such as disaster relief, health and social programs, to local populations in more than 189 countries. RCRC Magazine features this work and the dedicated individuals who carry it out.

The article entitled Comfort After Tragedy, with Help from Technology features our very own volunteers and their use of smartphones and tablets to help families with immediate needs--shelter, clothing, food and emergency funds--after local disasters. Click here to read the full electronic article.

Marko Kokic, the former Audio-Visual Producer/Photo Editor at the International Committee of the Red Cross for eight years, produced and shot this photo essay. Kokic's work with the Red Cross spans 19 years and has taken him around the world--Afghanistan, Lebanon, Democratic Republic of Congo, Niger, Haiti, Nicaragua, Namibia and Switzerland. Marko currently lives in NYC and volunteers with our Chapter.

Last week, we chatted with Marko about his Red Cross work. 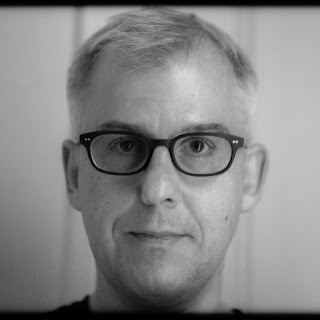 Q: Having traveled the world with the Red Cross, can you tell us something that most people would not know about the International Red Cross?

A: Most people don’t know that there are 13 million active Red Cross volunteers around the world. I know of no humanitarian organization in the world that can claim a larger volunteer base than the Red Cross. When you mobilize that many people for good, imagine what you can accomplish. Here’s an example. Way back in 2001, I was working in Zambia on a measles vaccination campaign where Red Cross volunteers were making sure children were vaccinated. We were driving down the road when I saw a man wearing a Red Cross apron. Behind him were nine children, all walking on this dirt road in the middle of nowhere. He told me he was accompanying these kids to a health post to be vaccinated against measles because their parents were unable to. To my delight, I later read that the vaccination campaign was incredibly successful. A million kids had been dying every year in Africa due to measles. Since then, campaigns such as this one have managed to cut measles deaths by three quarters. A big part of this success was because of the work of Red Cross volunteers.

Q: What did you learn about the Red Cross in Greater New York that you didn’t know prior to doing this photo series?

A: The first thing I learned about the Red Cross in Greater New York was that they assist victims of home fires. I had never seen the Red Cross do that anywhere else in the world. I’ve worked in large disasters so I’ve seen the huge impact these have on people. But I came to realize victims of home fires can be just as affected as those suffering a large disaster. The Red Cross in Greater New York doesn’t underestimate these “small” disasters. People lose their homes and there is often no place for them to go. I think I would even struggle if I had a fire in my apartment. The Red Cross ensures shelter and other basic necessities for victims. What also impressed me was that the Red Cross in Greater New York is not just waiting for the disaster to happen in order to respond. They are proactive about trying to prevent potential tragedy by installing smoke alarms and teaching people in their community to be better prepared.

Q: What is the commonality between all the different Red Crosses or Red Crescents that you’ve seen in action?

A: What I see in all people involved with the Red Cross/Red Crescent, and which inspires me, is how enthusiasm about wanting to do something positive is turned into concrete action. Simple acts performed by millions of volunteers around the world are making a difference. Wherever you go in this world, no matter how remote, I guarantee you that you will always find someone who has been touched by the Red Cross/Red Crescent Movement. This enthusiasm among Red Cross and Crescent volunteers is the same, whether they are in Africa or here in New York. They all want to do something positive without asking for or receiving anything in return.

Q: What is it about the Red Cross/Red Crescent that keeps you coming back in different roles?

A: With everything that’s going on in the world, all the turmoil and sorrow, it’s easy to become cynical. Especially when you work in war and you see the worst in people.  But you also see some of the best - the Red Cross/Crescent in action.  I have worked alongside volunteers of the Red Cross/Crescent for years. And you know what? I still get choked up when I see what they can accomplish. It restores my faith in humanity.

Click through below to see more Red Cross ride-along photos by Marko Kokic.

Get your own
Posted by nyredcross at 2:04 PM