The Red Cross Emergency App is an easy-to-use, all-in-one resource that gives you safety information at your fingertips. This app monitors more than 35 types of emergencies, including severe weather, and provides emergency alerts in real time.

The cast of the “Walking Dead” is a group of courageous, cut-throat survivors, but that doesn’t mean they couldn’t use a helping hand. Of course, with the world ending and all, they wouldn’t have access to phones. But if we were to run into the problems that happened to the cast of the Walking Dead today, the outcomes would be different with access to our Emergency App. 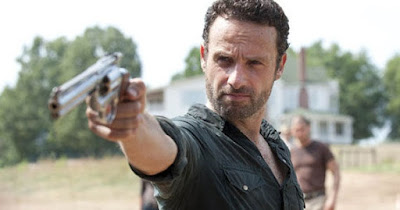 In the early seasons, Rick’s sore spot was one thing and one thing only—protecting his family. His family-orientated views make the “Family Safe” feature of our Emergency App a real asset. The “Family Safe” functionality allows you to instantly contact loved ones after alerts are issued in their area. If Rick woke up from a coma today and his family was unaware, he could alert Laurie to see if she was okay and tell her that he was alive. A lot of problems could have been avoided if that tool was available (i.e. Mister Steal Yo’ Girl Shane). 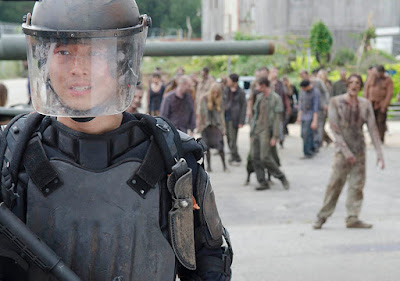 In Season 5 after the prison got raided, everyone got split up, including Glenn and Maggie. Glenn and Maggie spent a few episodes desperately trying to find each other, while tearing at the heart strings of us viewers. Right before they were reunited, Glenn’s group had to make a choice: go through the underground tunnel where they could be flanked on all sides by zombies, or take the much longer route and walk all the way around. Today, if Glenn needed to figure out which route is best, the Emergency App severe weather and hazards alerts could help him decide. The app also gives you expert Red Cross tips and guidance on what to do before, during and after an emergency. Since zombies are a hazard, this function could have told the group which path the herds of zombies were in. Luckily they chose the right path without it. After the "Thank You" episode we see Glen being tackled by hundreds of zombies. If he was in that situation today, the Emergency App could have warned Glenn of the herd of zombies ahead of time with its emergency alerts. Let's hope this article is right and Glenn still found a way to survive. 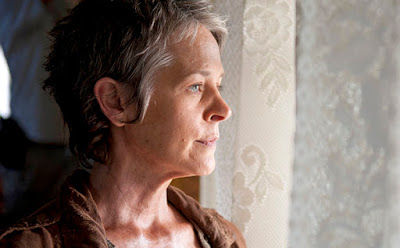 In Season 4, Carol was kicked out of the group by Rick only to be let back in after she helped save them from the Governor. During her time alone, she worried about the group, especially the two girls, Lizzie and Mika. If Carol was ousted from the group today, she could keep tabs on the group while being on her own with the Emergency App. The app has customizable alert settings that could let her monitor her location, along with her loved ones and their location. Carol could also choose which alerts she wants to receive a push notification for, with or without sound, so zombies wouldn’t hear her phone go off when she was alerted. 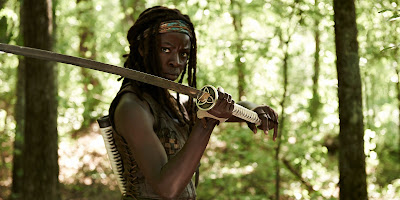 In Season 5, the team was on the run for months without much food or water. Michonne knew the group had to stop running soon, but she didn’t know how until they met Aaron from Alexandria. If Michonne and the group were in need of help today, they could use the Emergency App to see a map with a list of open Red Cross shelters. If Michonne had the app, she could check and see where there were open Red Cross shelters to make pit stops at. Here they could reboot, have a place to sleep and get some survival supplies as needed. 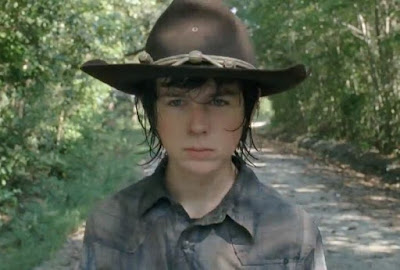 Carl had a hard time adjusting to Alexandria. He was so stuck in survival mode that he forgot how to be a kid. Instead, he criticized the rest of the teens for their lack of zombie survival skills. If Carl was having trouble getting along with other kids today, the quizzes with shareable badges on the Emergency App could help. He can share badges and play games while also teaching them how to survive with Red Cross tips. 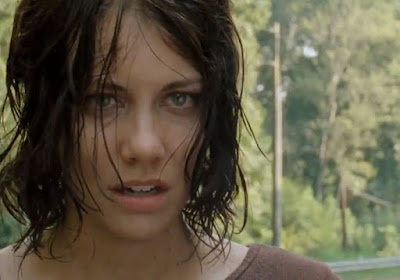 Maggie has definitely grown from her sweet, farm-girl past. Now she’s out on zombie killing sprees with the rest of the gang. If a zombie outbreak happened today, Maggie could distract zombies with the toolkit on the Emergency App. The toolkit function on the app comes with a flashlight, strobe light, and audible alarm. The flashlight comes in handy at night, especially in the winter when the sun goes down early. But the strobe light and audible alarm is good use for distracting zombies! One can put down their phone and put the strobe light or audible alarm on and lure the zombies in a different direction. 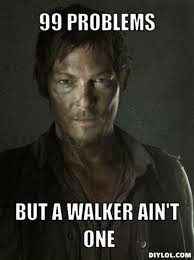 Don’t worry we didn’t forget Daryl. But let’s face it; with his survival skills he doesn’t need anything high tech.


If you came across this in NYC, would you be prepared?